Anton Kreil, Managing Partner of the Institute of Trading and Portfolio Management, has been confirmed as a Headline Speaker on November 28, 29 and 30 this year at the World Wealth Creation Conference at Marina Bay Sands, Singapore, with Jim Rogers, Marc Faber and Brian Tracy. Over three days, the World Wealth Creation Conference will see over 5,000 visitors come through its doors. With 40 speakers confirmed, this will be the biggest Wealth Conference of the year, globally. Headline Speakers include Jim Rogers, Marc Faber, Brian Tracy and Institute Managing Partner, Anton Kreil.

Anton is an ex-Goldman Sachs Trader who became publicly-known from his appearance in the 2009 TV show Million Dollar Traders on BBC Television in the United Kingdom. The TV show was televised globally and has received cult status in the finance industry. Since then, Anton set up the Institute of Trading and Portfolio Management which has taught over 30,000 students globally and currently comprises 400 Retail Traders around the world who trade with their own money and Institute money.

Anton will be delivering three talks over the three days at the World Wealth Creation Conference. Two of these talks will be privately-held seminars in dedicated rooms including “How to Pick Stocks to Maximize Profitability” (November 28) and “How to Pick Currency Trades to Maximize Profitability” (November 30). Additionally, Anton will also be presenting “The Five Secrets Behind the 10 Secrets to Achieve Financial Success” (November 29) on the main stage.

Anton’s main seminar “The Five Secrets Behind the 10 Secrets to Achieve Financial Success” will be a follow up to the viral “fly on the wall” Video Documentary “10 Secrets to Achieve Financial Success” that was posted on YouTube by the Institute in 2015. British Director Tom Murray spent three weeks on the road with Anton Kreil on a business trip around the world visiting Singapore, New York and London, asking Anton key questions with the intention to get into the mind of a successful and wealthy person so viewers can access his mindset. The Video is not only an insight into how ambitious and wealthy people think and live but is also an essential catalogue of actionable points required to go from having literally zero net worth to becoming wealthy and successful and having total financial freedom. The Video has now become a go-to resource for people globally who are seeking real actionable advice on how to approach money, wealth, freedom and success so they can replicate it in their own businesses and lives.

The follow up seminar, “The Five Secrets Behind the 10 Secrets to Achieve Financial Success” will be presented at the World Wealth Creation Conference on November 29th in Singapore and will expand on many of the key points made in the original Documentary Video and go into the required numbers that people should be focusing on to ensure financial success in their lives. Anton will be proving why Mortgages are the wrong way to go for the next generation, why applying the “Rent to Own” principle should be applied to everything in business and in life, how to build business and investment infrastructure for yourself to maximise wealth, and other crucial advice that anyone can implement to become wealthy and successful.

Standard Ticket holders to the World Wealth Creation Conference not only get access to Anton Kreil’s seminars but also the seminars of other Headline Speakers like Jim Rogers who co-founded the Quantum Fund with George Soros, returning 4,200 per cent in its first 10 years, and author of the books Investment Biker, Adventure Capitalist and Street Smarts.

Renowned Trader and Investor Marc Faber, the author of one of the world’s most widely-read monthly investor newsletters, the “Gloom, Boom and Doom Report” and author of the books Tomorrow’s Gold: Asia’s Age of Discovery, Riding the Millennial Storm and The Great Money Illusion, is also on the bill.

Ticket holders also get access to seminars given by Brian Tracy, who is one of the most successful Motivational Public Speakers and Self-Help Authors of the last 30 years with bestselling books including Change Your Thinking, Change Your Life, Goals: How to Get Everything You Want Faster Than You Ever Thought Possible and The Psychology of Success. Additionally, VIP Ticket Holders also get backstage access for three days and will be able to hang out with Anton Kreil, Jim Rogers, Marc Faber and Brian Tracy, getting from them personal time and advice.

Commenting on today’s announcement, Anton Kreil made the following comment: “It’s great to have this opportunity to speak on a topic that I’m really passionate about. After the 10 Secrets to Achieve Financial Success Video I’ve had a lot of requests to do a follow up Documentary clarifying many of the points in the film. At the World Wealth Creation Conference, I will be going into a lot of depth on some really crucial points that are required to position yourself for Financial Success. It will be a live sequel to the Video and anyone who attends really will be getting the inside information on how everything works.”

The World Wealth Creation Conference (WWCC) will take place in Singapore on November 28, 29 and 30. 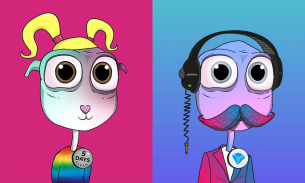 Out of this world NFT collection kickstarts launch of fictional universe