Emirates, one of the world’s fastest growing international airlines, buys 10 of Boeing’s new 747-8F aircraft in a deal worth over $3bn…

The Heads of Agreement was signed on Tuesday at the Farnborough Airshow in the United Kingdom by HH Sheikh Ahmed bin Saeed Al-Maktoum, Chairman and Chief Executive, Emirates Airline and Group, and Alan Mulally, Boeing Commercial Airplanes President and Chief Executive Officer.

The engine component of this deal is valued at more than US$600m, and Sheikh Ahmed and GE Aviation’s President and CEO Scott Donnelly, also signed a Letter of Intent today for 45 GEnx jet engines to power the new aircraft ordered.

Sheikh Ahmed said: “Worldwide air cargo traffic is projected to grow by over six percent annually for the next two decades, tripling over current traffic levels.

“The 747-8 freighters that we are ordering today will put Emirates in a strong position to tap into the growth of cargo traffic and reinforce Dubai’s standing as a growing international hub for air cargo and logistics.

"This acquisition is an important building block in our long-term growth plans, and will help Emirates SkyCargo reinforce its position in the top league of leading cargo carriers.”

The range and economics of the new 747-8Fs will provide Emirates SkyCargo with the flexibility to deploy the aircraft on a variety of routes within a range of up to 4,475 nautical miles.

From Dubai’s geo-centric location, this means the airline could potentially operate non-stop air cargo services, flying with a full load, to the entire African continent, Europe, Middle East and most of Asia.

"We are very pleased that Emirates has chosen the 747-8F to bring the newest technology to its freighter fleet," Mulally said.

"The new 747-8F has been designed to deliver the best economics of any freighter aircraft.

With the technology improvements brought from the 787 programme, including new-generation engines, the 747-8 Freighter will be lighter and more fuel efficient while providing more revenue-earning cargo space. This is great news for Emirates, and great news for the 747-8 programme."

The new 747-8Fs offer 16 per cent more cargo volume and 15 per cent lower ton-mile costs than the classic 747-400F. Currently under development, the new GEnx jet engines powering these aircraft have been designed for greater engine durability, weight reduction and lower operating costs.

The GEnx also provides significantly better specific fuel consumption and payload performance than its predecessor the CF6, and it is already the best-selling engine for new wide-body aircraft.

Dubai-based Emirates is one of the world’s most successful and profitable international airlines. It currently operates a fleet of 94 wide-bodied aircraft to over 80 destinations around the globe.

Over the past decade, Emirates has been recording double-digit growth annually, and it currently receives an average of one new aircraft per month.

With the implementation of this Heads of Agreement for 747-8Fs, Emirates will have more than 100 wide-bodied jets pending delivery, worth approximately US$ 30bn. 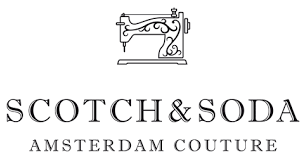