A new scientific study on the impact of AI on the workforce by European tech research institute b<>com confirms a strong unconscious bias towards artwork created by humans compared to artwork created by AI and that robots struggle with portraits!  The paper is published as part of the Prospective <2031> initiative, which studies the potential impact of artificial intelligence on the labour market from present day until 2031.

Can an AI artist be the equal of a human?

The world of art is experiencing the rise of artificial intelligence. “Smart” software has proven capable of creating works of art.

Can we tell them apart from human creations? Do unconscious biases exist when judging an artwork based on whether its creator is a human or an AI?

These questions were behind the study by b<>com cognitive science researchers entitled”AI-generated vs. human artworks. A perception bias towards Artificial Intelligence?”.

Although many studies relating to human-machine interactions mention perception bias towards AI, the experimental and scientific evidence is scant. This research addresses the lack of information on the perception of AI as an artistic tool.

b<>com’s team of cognitive science researchers asked 565 participants, drawn from the general public, to rate 40 impressionist paintings, including landscapes and portraits. Works by Claude Monet and Piet Mondrian represented human artists, while Collectif Obvious and Robbie Barrat provided examples of AI-generated art. Half of the participants were told that the art they were rating was AI-generated; the other half were told they were created by humans. In reality, all participants were shown the same paintings, both those made by AI and those by human artists.

Martin Ragot, cognitive science researcher and head of Prospective <2031> at b<>com, explains the study and its major findings: “Each participant was asked to rate each painting on several criteria: General appeal, perceived beauty, novelty, and perceived meaning. Our findings show that paintings perceived has having been made by human beings are rated much higher and more positively than those perceived as AI-generated. With this methodology and sample, we have shown, for the first time in a scientific study, that there is a negative perception bias against AI and a preference bias for human-made artwork.”

Findings that reveal the truth about unconscious biases

Specifically, it turns out that depending on the artist’s perceived identity (human or AI), the same paintings were rated very differently.

A painting declared as being the work of a human was perceived as more attractive, beautiful, innovative, and meaningful.

This subjective preference even influenced the perception of the value of a painting: A work presented as human-created was estimated to be worth three times as much. This is a significant finding, as artistic works created by artificial intelligence are becoming more common in auction houses.

Prospective <2031>: b<>com is studying how AI will impact labor

This experiment is part of the Prospective <2031> project. An original initiative launched by b<>com and its partners, Prospective <2031> studies the impact of artificial intelligence on the labour market from present day to 2031. The approach consists of exploring possible technological futures in order to identify the challenges of tomorrow by looking at social, economic, societal, ethical, and legal issues.

Prospective <2031> is an unprecedented gathering of methodologies and expertise related to engineering, human and social sciences, and design.

The findings of this experiment were submitted and accepted at the leading high-level international conference on human-machine interactions, CHI 2020.

A technology pioneer and provider for companies that want to digitally boost their competitive edge, b<>com addresses several industries: culture & creation, digital infrastructures, health, defence and industry 4.0. Its laboratories bring together talented people from a variety of disciplines and cultures in areas like artificial intelligence, immersive video and audio, content protection, 5G networks, the Internet of Things, and cognitive technologies.

b<>com’s researchers and engineers, drawn from the ranks of industry and academia, work at its Rennes campus and at its sites in Paris, Brest, and Lannion.

Thanks to its world-class engineering team, its technology platforms and its unique mix of scientific and industrial knowhow, b<>com offers its clients technology solutions that give them invaluable competitive edge. www.b-com.com | @IRT_BCom 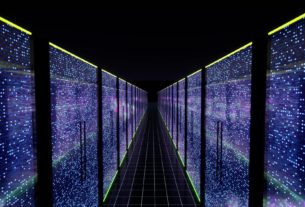