The CEO of CWF Flooring, Inc., James Maksimuk of Palmdale, CA has filed a Writ of Certiorari with the U.S. Supreme Court questioning the Constitutionality of laws requiring corporations to hire legal counsel when appearing in court.

Supreme Court Appellant is asking the Supreme Court to apply the 14th Amendment of the US Constitution, Equal Protection Clause (1868) so the Appellant can refute alleged violations of a trademark without hiring a lawyer / so the corporate defendant can self-represent itself in court.

During the trademark violation case against the Supreme Court Appellant at the Dist. Court hearing in Utah the judge, Hon. Bruce Jenkins stated to the corporate defendant:

“THE COURT: “Yeah. You’re welcome to observe, but you’re not going to be able to participate.” “Three times you have been told that an entity can’t represent itself.”

“MR. MAKSIMUK: “Do I have any opportunity to refute that, Your Honor?

“THE COURT: “Sit down. I don’t want to have to have the marshal have you sit down”

Consequently, the defendant lost the case and was ordered to pay the legal fees of the Plaintiff. Dist. Court defendant never had his day in court.

The legal requirement for corporations to be represented by legal counsel started in about 1840 when Martin Van Buren was president in Commercial & RR Bank of Vicksburg v. Slocomb, Richard & Col, 39 U.S. 60 (1840) decided  “because, as such a corporation cannot appear but by attorney”

This 180 year old ruling has not been amended. The Appellant is asking the Supreme Court to throw out this outdated ruling so to conform to the Equal Protection Clause which states “nor shall any State […] deny to any person within its jurisdiction the equal protection of the laws”.

“In Arizona’s courts and other proceedings, the specters of legal fees or default judgments sink small business litigants before they even start.” Hon. David B. Gass, Maricopa County Superior Court, Arizona in his Petition to the Supreme Court of Arizona to Amend Rule 31 of the AZ Supreme Court dated Jan. 08, 2018.

That this judicial disparity, rather non-access to the courts, have been acknowledged by the State of Arizona but ignored by the US Government. To address this non-access to the courts AZ has proposed amending Rule 31 of the AZ Supreme Court that will provide corporations to self-represent without legal counsel in courtrooms in Arizona. This amendment to Rule 31 is supported by:

Amendment to Rule 31 is NOT supported by the Arizona State Bar, Lisa Panahi, General Counsel. Atty. Panahi states:“The non-lawyer representative the Petition contemplates do not have the ethical obligations to represent the business ‘client’…”Grave harm could befall corporate entities who rely upon unqualified representative to present their case.”

The SC appellant responds to that assertion with ”the fears of the AZ Bar can’t be quantified and there is greater harm in non-access to the courts than having an ‘unqualified  representative’ SC appellant adds, “I’m of the opinion the state bar associations oppose corporate self-representation  because it may affect their pocketbook.”

Appellant argues in his Writ of Certiorari that “Government’s judicial actions has produced and imposed a burden against the low income corporation and conferred benefit to other class-wealthy corporations.”

The case with the Supreme Court has precedent setting potentials. This case is a constitutional litmus test for the Supreme Court. Will the SC maintain the status quo and force low income corporations to pay lawyers to speak on their behalf or will the court recognize the judicial disparities between wealthy and low income corporations and apply the intent and spirit of the Equal Protection Clause of the Fourteenth Amendment to the United States Constitution? 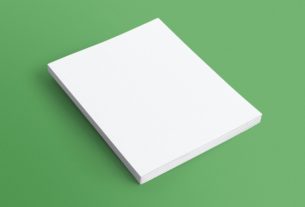