Following The Queen’s 90th Birthday Celebration at Windsor Castle last month, June will see three more major events to mark The Queen’s birthday. These events are a televised church service at St Paul’s on 10 June, The Queen’s official birthday and Trooping the Colour on 11 June, and The Patron’s Lunch Street Party on 12 June. The official publisher for The Queen’s 90th Birthday Celebration at Windsor Castle last month, St James’s House, has also announced that the official commemorative album and souvenir programme for the Windsor event are now on sale to the general public.

Featuring a cover embossed with Arnold Machin’s iconic portrait of Her Majesty The Queen, ‘The Queen at 90’ is a hardback, fully illustrated, commemorative album that provides a rich photographic record of The Queen’s life and tells her story over 90 years, from her birth and marriage to her reign of more than 60 years. The book also reflects on the United Kingdom’s role, relationships and influence during her lifetime.

“Our official commemorative album was gifted to VVIP and VIP guests at Windsor Castle last month, and is being distributed to heads of state, ambassadors and leaders of industry around the world,” says Richard Freed, Chief Executive of St James’s House. “The book has generated a great deal of interest from the media, the book trade and the general public, and we’re delighted to offer both the album and programme to the public.”

The album and programme can be ordered online at www.hmq90books.com  or purchased through book retailers – including Royal Mail, with its popular online shop for selling stamps, collectibles and gifts.

St James’s House has previously worked on several projects related to the Royal Family, creating the official programme and commemorative album for the Thames Diamond Jubilee Pageant in 2012, as well as producing a celebratory publication for His Royal Highness the Duke of Edinburgh’s 90th birthday celebration at Windsor Castle in 2011.

Anna Danby, Head of Creative at St James’s House, said: “We enlisted the help of a number of leading royal experts and partners to bring together this wonderful celebration of The Queen’s life to date. The pages of this album take the reader on a visual journey, providing a real insight into the life of one of the most celebrated women in the world. The album is a truly beautiful souvenir of this historic occasion, that I am sure will be cherished for years to come by those lucky to get their hands on a copy.”

“It’s been a great privilege to work with the organisers of The Queen’s 90th Birthday Celebration,” added Richard Freed. “As the official publisher, we were entrusted with telling The Queen’s story, and the commemorative album and programme are the perfect keepsakes from this historic occasion.”

Rarify: New website aims to connect art and design collectors around the world 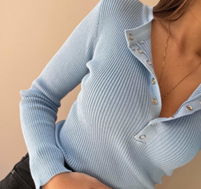