The magazine is available to purchase now at www.ilovechristianmusic.co.uk and soon from major Christian booksellers, with a view to getting the magazine on the newsagent shelves.

“It’s about time” says Editor/Owner Dee Blackmore. “There are no Christian Music magazines on the shelves at the moment and I don’t know why this is the case. I would love to see my magazine sit alongside the NME, and Mojo in the ‘Music’ section. Some people say it is too niche, but so is classical music and its there.” “It has long been my intention to showcase to anyone who wants to listen, the variety and quality of ‘Christian Music’ and this meaning ‘music made by Christians’. There is no such thing as ‘Christian Music’ per se, unless you’re defining it as ‘Worship Music’, or ‘Gospel’. I’d like to say to Christians and Non-Christians alike buy the magazine, visit my websites, in particular www.christianmusiclistmania.com and listen to this fantastic music made by Christians. Pop, Rock, Ska, R&B, I’m sure you’ll find something you’ll like”.

“This magazine is the culmination of what I’ve been striving for for the past few years – to get Contemporary Christian Music into the mainstream. I have been perplexed that such multi-award winning and album selling bands like Jars Of Clay, Skillet, MercyMe, Casting Crowns, and Third Day – people who happen to be Christians and who may not necessarily write overtly Christian songs, are relatively unheard of in the UK. I have also wondered why Christian Artists did not want their music defined as ‘Christian’. I now know that being ‘labelled’ as such, meant that their music simply wasn’t being listened to by Non-Christians and therefore didn’t receive the same coverage as that of their mainstream counterparts. I’m sure this must be frustrating, as every Musician wants their music to be heard by as wide an audience as possible.”

Dee is also calling for a UK Christian Music Chart. “There is no official Christian Music Chart in the UK. Amazon and iTunes have US equivalents, and there’s the Billboard Chart, which we use. If there was a Chart that was readily accessible, we will know of and see more of these Artists in the mainstream.” 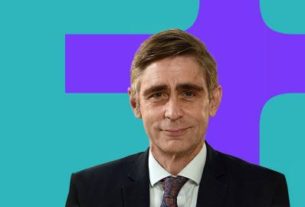