Restaurants are taking seasonal dining to a new level, changing the interior design, flower arrangements and menu to match the season…


“It is like four different restaurants-four different experiences,” said Kristina O’Neal, a principal at AvroKO, the concept-and-design firm that creates Park Avenue’s seasonal incarnations. AvroKO used Captain James Cook’s adventures for inspiration. “We use Captain Cook’s travels because he was conveniently in different places for different seasons, and they weave into each other nicely” O’Neal said. “Park Avenue Summer is inspired by Cook’s travels in the Galapagos, with an island feel,” she said, “whereas winter, we go up north, and everything is very white, very clean-probably the least colorful layout.”


All restaurants make seasonal adjustments, although few go to the lengths that Park Avenue does. Diners expect seasonal menus because they think the food is fresher, says Mark Twersky, executive chef at Alfama, a Portuguese restaurant in New York’s Greenwich Village.


Twersky has had pumpkin soup on the menu since September, but until after Halloween, no one wanted any. “The last few weeks, it has been flying out of the kitchen,” Twersky said.


The globalization of cuisine and climate-controlled indoor farming mean that most ingredients are no longer seasonal; we can get asparagus, oranges and winter root vegetables anytime.


“In America, it’s absolutely possible to get 95 percent of every ingredient year-round,” Twersky said. So it is up to chefs to choose what is seasonal. “When I am making a menu, if I have an idea for an ingredient, I look it up in a food encyclopedia to see when it is in season,” Twersky said.


Restaurants focus on local ingredients. According to Mary Tabacchi, associate professor of food management at the Cornell Center for Hospitality Research, the desire to eat seasonally is nostalgia-driven. “Especially the boomers and the Xers,” she said, “grew up eating food in season and came to equate local with quality-they want things to taste as good as they did when they were kids.”


Being “in season” refers to the season at the location of the restaurant, she said. If a product transported from Argentina or Morocco was harvested more than two weeks ago, its nutritive value and taste will decrease, Tabacchi said. “Eating a papaya from Tahiti in New York City is going to taste like nothing.”


Consumers got excited about the globalization of cuisine about 15 years ago, Tabacchi added. “We thought it was a big treat to get strawberries from California in January,” she said, “until we realized they didn’t taste very good. You can’t fool people.”


At Kerbey Lane Cafe in Austin, Texas, diners shift their expectations seasonally. “As it gets darker earlier and the weather cools off, people want heavier things like tilapia with pumpkin pesto risotto,” said Carl Leefe, Kerbey Lane food and facilities director. “We’ve got a lot of squash menu items right now, and in a few weeks the spinach will come in.”


By the first week of May, Kerbey Lane customers begin to ask about the restaurant’s famous tomato pie, a favorite that only comes around when vine-ripened tomatoes are harvested in early summer at a nearby family-owned farm.


Shomit Barua provides flowers for B.R. Guest Restaurants, a national restaurant group based in New York. Barua changes the arrangements in the company’s 13 Manhattan restaurants once a week and says he incorporates the seasons into his designs. “In the springtime, I use lots of colorful, airy, open flowers, like daffodils,” he said, “and I look forward to winter, because it is the time for amaryllis and anemones, but I also use evergreens and stuff that is part of the Christmas machine.”


Still, flower selection is somewhat artificial, because virtually all flowers are available year-round. “Most of my suppliers grow their flowers in plantations so they are in controlled environments,” he said. “Because you can get any flower you want, you have to choose the seasonal ones yourself.” And you have to be careful if you pick flowers out of season, he said, because, “once they leave the controlled environment, they die pretty quickly.”


The restaurant group Seasons 52 has six restaurants in Florida and Georgia that completely overhaul their menus each season. “We sculpt the menu to reflect the essence of that season. In the winter, we focus on comforting foods that people associate with colder weather,” said Deborah Robison, publicity director at Seasons 52. On the menu this fall, for example, is a boneless quail breast with maple whiskey glaze, broccolini and mashed sweet potatoes. The maple whiskey glaze is hearty and evokes a sense of nostalgia because maple is harvested in the winter. Sweet potatoes are typical winter and holiday vegetables.


Still, Twersky, the executive chef at Alfama, said that a dish’s seasonality will never be the bottom line. “If it is a great dish, no one is going to complain if its ingredients are out of season and came from 12,000 miles away.” 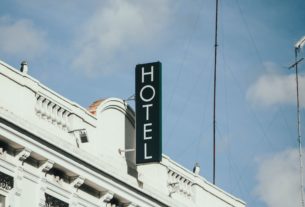