Nine out of 10 businesses belonging to the British Made For Quality (BMFQ) industry alliance believe that the Government is letting down the UK’s smaller manufacturing companies.

A new survey shows considerable dissastisfaction with the Government among manufacturing businesses, with the overwhelming majority of BMFQ (www.bmfq.co.uk) member companies saying they did not believe those in the corridors of power either understood or supported British manufacturing industry.

In response to the question: “Do you feel the Government is giving enough support to you as a manufacturer?” a resounding 90% said “No”.

Eighty per cent were unsure whether their local Member of Parliament was “on side” or were even aware of manufacturing businesses’ concerns.

Under a third thought their MP supported manufacturing or showed any interest in the subject.

Ninety per cent of the companies surveyed said they had neither received nor had the opportunity to apply for any Government grants.

Business optimism is still low among manufacturers. Half of the chief executives questioned said they would not be employing more staff in the coming year.

Commenting on the survey results, a BMFQ spokesman said: “Our survey indicates that smaller manufacturing companies remain largely unsupported by current Government policy. It is clear that Ministers still believe that the City of London, the service sector and a handful of major international corporations will keep Britain afloat.

“Time and again, our business contacts tell us Westminster and Whitehall simply do not grasp the importance of large numbers of small firms designing, manufacturing and exporting world wide. Such expansion is the only viable solution offering long-term employment prospects and a bedrock for innovation and strong economic growth.

“In contrast, the Chinese Government actively supports industrial expansion and economic growth. We can all see the result. Is it too much to ask a British Government to be similarly driven?”

BMFQ has for ten years campaigned for a return to British rather than offshore manufacture, and the group continues to represent the opinion of an ever increasing number of smaller UK manufacturers.

BMFQ campaigns for a greater awareness of the needs of UK manufacturers. 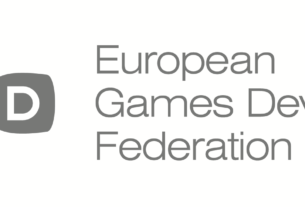 Kidney patients are the most complex patients

The European releases award winners for 2020