Skip to content
Funds to fight HIV are shrinking while 45 million new infections are estimated by 2010. However, if top nations hike their grants by a mere fraction much can be done.

Funds to support proven prevention methods against HIV are falling short, a new report has revealed.

The Global HIV Prevention Working Group figures show that fewer than one in five people at risk from HIV have access to basic methods of prevention such as condoms, testing and counselling services and needle exchange for drug users.
On a global scale, a staggering 58 per cent of people at risk do not have access to condoms.
Helene D Gayle is director of the Bill and Melinda Gates Foundation’s global HIV and AIDS program and co-chair of the Working Group.
“Twenty years into the Aids epidemic most people in the world don’t have access to effective HIV prevention. A dramatic scaling up of HIV prevention, combined with increased access to treatment for the millions already infected, can control and ultimately reverse AIDS,” says Gayle.
The report is the first of its kind to analyse the gap between the spending needs for HIV prevention and the current efforts.
Approximately £1.2 billion is currently being spent on prevention programs throughout the developing world, but it is estimated that this is only a third of the amount that will be needed by 2005.
The UK can take some pride in being the most generous state contributor in current efforts of HIV prevention.
According to the report, the UK contributes approximately five times as much money per head as the USA and seven times as much as Germany.
Compared with France, the UK provides a staggering 14 times more.
It is believed that widespread adoption of such proven prevention programmes could prevent two thirds of the 45 million new HIV infections that are expected by 2010.
For prevention of infection, industrialised countries only need to increase their grants for the cause to a minimum of 0.02 per cent of their total national income.
A small price to pay for helping to save the lives of so many. 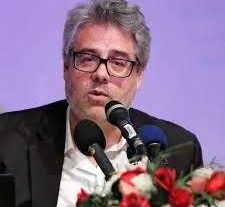 Geostrategy.rs: the analysis of the root causes of the conflict in Eastern Ukraine