Ever dreamt of taking your local football team to the cup final? Or of managing your favourite club all the way to European glory in football’s biggest competitions but you might only have a spare 2 minutes? With the launch of the Football CupRun app, you now have the chance to take your team from the first stages of a cup competition all the way through to a glorious victory in the cup final, battling against World-famous opponents in the fastest football management app ever. A single match can be played in just 5 seconds making this the world’s fastest game of football.

Utilising a carefully developed complex algorithm, you manage a team of your choice using unique features such as unleashing a World-class striker, bringing on a super sub to change the game, altering team formations and boosting team morale with an ultra-lively crowd (who you can even instruct to do the famous ‘Poznan’ move!), to outwit opponents and lift silverware.

Free to download, the app is now available in the Apple App Store for iPhones and Google Play Store for Android and is easy to set up, allowing you to take your favourite team to cup glory whilst commuting to work or during a coffee break.

“With Football CupRun, we’ve done this by allowing the user to manage the team of their choice, from Cambridge United to Chelsea, or Macclesfield to Manchester City, on a nail-biting run through the great cup competitions, all the way up to the top European cups.

“The manager follows the game via the commentary updates and can alter the outcome by carefully selecting strategic options and building up points by winning games to unlock further match-winning changes, upon winning cups the manager can then access other areas of the app to play Spot the Ball, Super 4 Predictor and other Prize Draws to win football memorabilia” Chris added.

The app has been developed by Online App Ltd, based in Cambridge.

Tsunami: just what the west needed 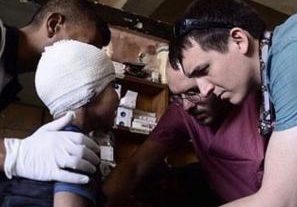