ancient custom and is making a difference in developing countries.

Susan Lea Smith didn’t set out to tweak a Christian tradition. In 2001 the environmental and natural resources law expert traveled to India to collect

data for a book she was writing.

While the book project died, Smith, a professor at Willamette University in Salem Ore., returned from India with an idea that has since been growing in

her corner of Oregon: a novel approach to observing Lent, the 40 days preceding Easter, that is taking the typical period of self-denial and contemplation

back to its communal roots.

projects than through a village-to-village connection,” said the 54-year-old professor, who was struck by the widespread poverty and obstacles to growth in

“Drink Water for Life” was introduced by Smith at First Congregational Church, United Church of Christ, in Salem with the help of the church’s senior

pastor, the Rev. Gail McDougle, as a Lenten practice where church members forego their favorite beverages in exchange for tap water and donate the money they

save to groups working to bring clean water and sanitation to regions of the world that lack these basic needs.


Smith’s cause was drawn from research she did for a talk on international water law. In 2005, a partnership between the World Health

lacked access to basic sanitation, and an annual investment of about $11.3 billion over a 10-year period could cut those numbers in half.

In an age when the largest mocha Frappuccino at a Starbucks in Salem costs $4.40, giving up coffee can add up. During the first year the church donated

$3,500 to Global Ministries, a national organization that connects donations from the United Church of Christ and the Christian Church (Disciples of Christ)

with mission projects. Global Ministries used the money to finance the digging of a water well in the Narok District in Kenya, said Jane Sullivan-Davis,

In 2006, after the United Nations General Assembly declared 2005-2015 the “Water for Life” International Decade for Action, Global Ministries launched a

campaign to raise awareness and funds for clean and accessible water projects.

Last year Smith’s church donated an additional $3,500, this time to help build a distribution system to channel water from communal wells to individual

homes in Irayol, a small community in the municipality of Santa Rita in Honduras. And this year the church will work directly with a public health group in

Haiti to tackle water problems there.

Barbara Hosier, a 75-year-old member of the church, is participating by trading her morning coffee for hot water. It “reminds us how our life is different

from other peoples’, and by doing something simple like that, we can help others have a better life,” she said.

Other nearby United Church of Christ congregations liked what they saw and took up similar projects. The First Congregational Church in Eugene took on

the project two years ago, and donated almost $900 to international clean water projects sponsored through One Great Hour of Sharing, an ecumenical

fundraising campaign, according to Janet Scott, a minister at the church.

And the First Congregational Church in Corvallis is also in its third Lent with the project. Last year it donated about $2,100 to the student chapter of

Engineers Without Borders at Oregon State University, according to Ryan Lambert, the associate pastor at the church.

The group used the funds to help finance a trip to El Salvador last December to build a rainwater catchment and storage system at a school in La Cumbre, a

high-altitude community that gets enough rainfall but lacked the means to store it for the dry season, said Aparna Shrivastava, a sophomore at Oregon State

who coordinates the El Salvador project for Engineers Without Borders and who traveled with the group in December.

While known more for what people give up–such as alcohol or chocolate or a favorite TV series–Lent is also a time for adherents to act as a group. In

Queens, N.Y, children at Our Lady Queen of Martyrs School, a Catholic elementary school, are raising funds for charity by donating a quarter each day they

give something up or do a good deed, said Sheila Smith-Gonzalez, who has two children at the school.

In fact, communal observances are a closer approximation to the historical practice of Lent than individual ones, according to David Brakke, a professor

and chair of the department of religious studies at Indiana University in Bloomington, who specializes in the history of Christianity.

“It’s obviously a modern thing to give up Frapuccinos, but the communal practice flows out of the way people observed Lent in earlier times,” said Brakke.

In the Middle Ages, a bishop or priest would suggest to their community what practices they should engage in during Lent, he said. Ancient practices often

involved a combination of self-denial and focusing on the needs of others.

For now, Smith is continuing to pursue the clean water cause by giving up her three daily sodas during Lent and spreading the word about how different

communities can help. But she said she wants to do more.

countries. She also is working toward a Master of Divinity degree, and intends to continue to work for water justice as part of her ministry.

“I think this is the way the spirit moved me in India. It has just taken awhile to come to fruition,” she said. 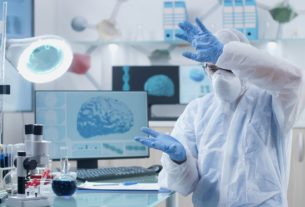