Number avoidance has measurable economic and even medical consequences. Developers build around it. Businesses avoid it. Even the U.S. Navy refuses to launch boats on Friday the 13th…

Jerry Seagel, a realtor in Baton Rouge, La., was on the verge of selling an expensive house a few years ago when the young couple threatened to back out of the deal. The street address, they complained, included the number 13.


Seagel went to a local permit office to plead his case for an address change. He expected opposition, but the woman behind the counter wasn’t surprised. This happens all the time, she said.


As Seagel’s experience shows, fear of the number 13, known in medical circles as triskaidekaphobia, can have a real impact on people’s lives. Avoidance of the number 13 and the anxiety it produces have measurable economic and even medical consequences. Developers build around it. Businesses avoid it. Even the U.S. Navy refuses to launch boats on Friday the 13th. But there are some signs that the societal taboo is eroding.


Donald Dossey, a behavioral scientist who wrote a book on the subject, estimates that 8 or 9 million Americans have an acute fear of the number 13. Thirteen percent of Americans said they would be bothered if they were assigned to the 13th floor of a hotel, according to a February Gallup poll. Three-fourths of those said they would ask for another room.


Anxiety around the number appears to be linked to an increase in accidents, according to one study. In 1993, researchers in Britain looked at traffic accidents in West Sussex and found that Friday the 13th was particularly unlucky in one respect: The risk of hospitalization becasue of a traffic accident increased by as much as 52 percent on that day. The authors’ conclusion: “Staying at home is recommended.”


Historians say the superstition dates back to the beginning of Christianity. During the Last Supper, “Jesus was betrayed, humiliated and scourged by Judas, the 13th guest, and it was on a Friday, so there’s your double whammy of aversions,” said Phillips Stevens Jr., a professor of anthropology at the University of Buffalo.


Dossey says the taboo actually predates Christianity. He cites a story from Norse mythology strikingly similar to the Last Supper: 12 gods in Valhalla, or heaven, sat down to eat when a 13th uninvited guest showed up and killed the God of Kindness by stabbing him with a branch of mistletoe. In the Middle Ages, witches were said to gather in groups of 13; the 13th witch was coven leader and considered demonic.


Any superstition may be reinforced by personal experience, Stevens says. If an action has positive consequences, people try to repeat it; if it has negative results, they try to avoid it. For example, an athlete who has just won a game will probably prepare similarly for the next one. He’ll eat the same breakfast, and maybe wear the same socks. Conversely, if a driver gets into an accident, she might forever avoid the street where the accident occurred.

This is the basis for the concept of taboo, Stevens says. In the case of the number 13, the personal taboo has become a societal one, further reinforced by popular custom: many buildings don’t have a 13th floor, and airports often don’t have a 13th gate.


Hollywood movies like “Friday the 13th” perpetuate the superstition. The movies play on viewers’ fears, linking the number to on-screen blood, gore and the sense of an ever-lurking threat.

But the superstition may be on the decline. Fewer buildings are skipping the 13th floor. The Hyatt Regency hotel in downtown Tampa, Fla., for example, has a 13th floor and even a 13th room on that floor. David DiSalvo, the hotel’s sales manager, says athletes often ask to be moved off the floor, but it isn’t an issue for most guests.


Many new hotels in the area also include the 13th floor, he said. Besides, “whether or not you call it a 13th floor,” he says, “if a building goes up more than 12 stories, it has a 13th floor.”


Other hotel developers, particularly in luck-obsessed Las Vegas, aren’t taking any chances. The Rio All-Suite Hotel and Casino not only skips the 13th floor, it also skips the fourth and 44th, because four is considered an unlucky number in Chinese and in Japanese the number sounds like the word for “death.”


Chinese cell phones numbers containing a four are often sold at a far lower price than other numbers, and in Singapore, cars that have a license plate with the number four are hard to resell.


At the Otis Elevator Co., one in six elevators sold lacks the number 13. The company also sells many elevators in Asia without a fourth floor; in Italy, it’s the 17th floor that is often missing.


Dossey doesn’t think we will shake off these superstitions any time soon. “If builders are moving away from [skipping unlucky numbers] they won’t go very fast,” Dossey said. “This is ingrained in us. It’s almost in our DNA.” 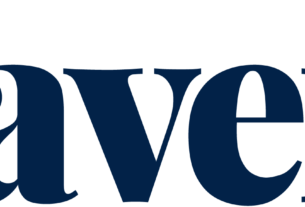