While the American deaths nearly doubled since last year,(http://seattletimes.nwsource.com) the drafting of the new constitution and the debate continues with the Sunnis; you can book your hotel to visit Iraq and tour the region. The advertisement is marketed for tourism indicating that Iraq is the place to be and visit in spite of the continual bombardment of attacks. On www.kayak.com you can search for flights, hotels and cars!

The Al Mansour Hotel in Baghdad had a high rating on Kayaks’ website of 6 out of 10. One can play tennis; enjoy your leisure time at the health spa and club. You may also relax and enjoy the warm evenings by relaxing near the outdoor pool. They also provide a laundry service, room service, currency exchange and to top it off you can purchase gifts at the gift shop in the lobby and mail them to your friends back home. After a relaxing day near the pool, you can enjoy the evenings chatting with your war friends, journalists and US contract workers at the bar. However, when I attempted to get the hotel price online at Kayak, it failed to provide me with any information. I did find the exact location and the hotels telephone number, just in case I want to vacation in Iraq.

The Palestine Hotel is also listed as their places to consider for your holiday enjoyment. As I recall, the hotel was kindly guarded by the American Army surrounded with tanks and barriers. You only needed to look like a foreigner to enter into the complex. The army presence provided an immense amount of security for those who were concerned about bombings. I stayed in a different hotel, because of the Army presence. Their presence increased my visibility, with my blond hair and blue eyes; I wanted to blend in with the crowd as much as possible.

My hotel was the Al Mansour Hotel, and my cost was 100 American dollars a night. The American menu for dinners accommodated the journalist’s needs down home cooking and the bar was well stocked for hard to get alcoholic beverages. We had two guards posted at the parking entrance near the front door. One fine evening while chatting at the poolside, my partners and I heard some random gun shots. We were used to the sounds of bullets flying through the air, so we did not really pay any attention and continued with our pleasant conversation. Later that evening, we discovered that one of the guards was shot and killed by a fellow friend, because he would not allow him into the hotel.

It was at that very moment that I decided that I had become insensitive to the sounds of bullets and bombs, and with that thought; I could very easily be one of the names on the list of “journalist killed” on the job. When war becomes normal and normalcy becomes something hard to deal with: is the moment to walk away from all that you see and all that you know.

There are other hotels listed on Kayaks website for your future reference if you decide that you want to vacation in sunny Iraq anytime in the near future. 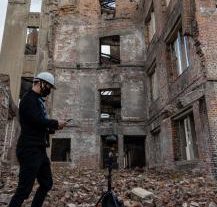 The story behind RK Centers, partner with the Miami Heat