Skip to content
Rocco Buttiglione, the man Italy endorsed to be European commissioner-designate for justice has stepped aside after other MEPs threatened to veto his position within the commission.

Buttiglione has described himself as “a victim of an ably orchestrated campaign” by a “superficial and crude” press campaign.

He defended himself from attacks, saying: "I am not an adversary to human rights, I am a champion of them".
To the onlooker, the probability he would be ousted was clear the moment he confirmed his controversial religious views on homosexuality and women.
Buttiglione openly went on record to describe homosexuality as “a sin”, adding a woman’s place “was to have children and protect their husbands”.
A close friend of Pope John Paul II, Buttiglione later attempted to reconcile his views with his career, by saying that “in politics the principle of non-discrimination prevails”.
The decisive moment occurred on Friday, at the signing of the constitution where European leaders encouraged Italian Prime Minister Silvio Berlusconi to withdraw his nominee.
Undoubtedly, the announcement came as a relief to incoming-commission president, Jose Manuel Barroso, the former Portugese prime minister, who had to delay putting forward his line-up or knowingly risk losing the vote in Brussels. However, he himself had ardently defended Buttiglione, only to find his commission in ruins.
Mario Monti, a former Italian EU Commissioner, is tipped to now take Buttiglione’s place as the commissioner-designate.
The German Chancellor Gerhard Schroeder predicted it would take another two weeks for Barroso to reshape his group successfully, though Berlusconi is thought to have pressured him into axing other commissioners to direct attention away from Italy.
Forthcoming referendums – in the appropriate countries – are largely expected in 2006, with Britain expected to have the largest uphill struggle. Polls show around 65 per cent opposition in the UK to the EU constitution.
Other countries that are expected to face difficulties include Denmark, France, Poland and the Republic of Ireland. 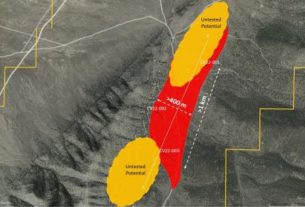