Psoriasis is a chronic, non-communicable skin disease characterized by bright, silvery-white scales on reddened (inflamed) patches of skin, mainly on the arms and legs, the scalp, but also on many other areas of the body, including the genitals.

The Global Report on Psoriasis, a position paper issued by the WHO and focusing on the problem of the stigmatisation of people with visible skin diseases such as psoriasis, is aimed at empowering health authorities in Member States to implement appropriate measures to improve health care and fight social stigmatisation. To that end, the ‘ECHT EVAL 2018’ project was launched in Germany at the beginning of the year and has now been presented at the EADV congress in Paris. It designs and evaluates new formats for ‘destigmatisation’ in encounters between psoriasis sufferers and others. ‘We hope that other countries will follow this example’, says one of the authors of the Global Report, Prof Dr Swen Malte John from the University of Osnabrueck.

‘Psoriasis is incurable, but can be well treated with suitable interdisciplinary therapies that improve the quality of life’, explains Prof John. As a ‘systemic disease’, it may also be associated with joint deformities and an elevated risk of cardiovascular disease, and may cause severe psychological problems, too. More than 60% of patients suffer from spells of depression. If visible areas such as the face, hairline or hands are affected, this is particularly problematic for patients, and in some cases has an enormous negative impact on their entire life. Approximately 2 million people in Germany suffer from psoriasis.

Rejection, disgust, fear of contagion and social exclusion are frequent public responses that continually remind people with psoriasis of their problem. Not only do they suffer from symptoms that in many cases are inadequately treated, but they are often stigmatised in addition. According to a current FORSA survey (n=2,004), 10% of the population still believe that psoriasis might be infectious. 24% of interviewees would not start a partnership with a person with the disease, and 20% would not go to a public swimming pool with such a person. However, this skin disease invokes not only unjustified prejudices in the general social environment, in public facilities, means of transport, shops, restaurants or hotels, but also has a massive impact on professional careers. Psoriasis also results in a major economic burden caused by lost working days because of acute symptoms.

The WHO has been focusing for some time already on ways of improving the situation of the at least 125 million people with psoriasis worldwide. In a resolution adopted in 2014 by the Member States of the World Health Assembly, psoriasis was recognised as another serious, non-communicable disease (NCD), alongside diabetes, cardiovascular and respiratory disease, and cancer. The aim is to raise awareness of the disease and to focus the attention of physicians, skin specialists and health care policymakers on the fact that the symptoms suffered by those affected can be mitigated by early diagnosis, faster adequate treatment and easier access to health care, thus reducing the ‘stigmatisation potential’ at the same time. The basis for the global aims elaborated in that regard (standardised methods of diagnosis and therapy, treatment of comorbidities, training and skilling of medical personnel, and support for patients’ organisations and educational campaigns) is the 2016 Global Report prepared by international experts and with involvement of patients’ organisations. The ‘Report on Psoriasis’ collates research findings on the incidence and impacts of psoriasis and appeals to national health authorities to promptly implement its recommendations by having the relevant government bodies support the objectives with appropriate legislation on destigmatisation, social campaigns, the use of mass media, social media and other forms of communication. It is essential to sensitise the population so that people show tolerance and understanding towards people with any kind of stigma. Politicians, the media and physicians have an enormous responsibility in this regard. ‘One of the main demands of the WHO was therefore to disseminate knowledge about psoriasis among the population and to show clearly that these people do not deserve to be stigmatised’, explains Prof John.

The ‘ECHT EVAL Study 2018’ [2], a research project funded by the Federal Ministry of Health and carried out by the University Hospital in Hamburg-Eppendorf, the Institute for Healthcare Research in Dermatology and Nursing Professions (IVDP) and the German Federation of Dermatologists (BVDD), was launched in Germany in early 2018 at the SRH University of Applied Health Sciences. The aim of the study is to gather information and develop strategies for better educating the public about skin diseases, so that those not affected learn to treat human beings with psoriasis and other visible skin lesions with more respect and with without fear of infection.

The interdisciplinary ‘Action Network Against Stigmatisation’, founded by skin specialists and patients in 2017, has set up a 2018−2020 programme, with parallel research support, to generate greater social acceptance and prompt implementation of the WHO recommendations, so that patients with visible skin diseases such as psoriasis, atopic dermatitis and contact eczema are accepted by their social environment and are better able to deal with the burden of their disease. For the EADV this is a very important step in support of our patients with chronic skin diseases and it is hoped that national health authorities in many European countries will follow.

Founded in 1987, EADV is a non-profit association whose vision is to be the premier European Dermato-Venereology Society, with the key aims of improving the quality of patient care, providing continuing medical education (CME) for all Dermato-Venereologists in Europe, and advocacy on behalf of the specialty and patients. 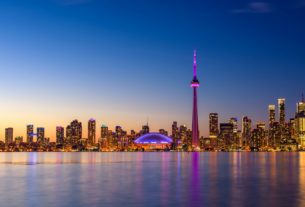