On the heels of a $200 million funding facility, Capital on Tap announced they are celebrating 200,000 customers as they enter their second decade of existence.

The company unveiled a 10th birthday rebrand to reflect their emergence as a leading FinTech committed to championing the success of small businesses in the US and UK.

“We really have experienced explosive growth over the past decade,” said David Luck, Co-Founder and CEO of Capital on Tap. “More than 200,000 small business customers in the US and UK have spent more than £4 billion on their Capital on Tap Business Credit Cards.”

Recognising small businesses in the US were underserved by traditional banking models, Capital on Tap made the product available to US customers in March 2021, in partnership with WebBank. Though the launch took place amidst a global pandemic, more than 12,000 small business customers signed on to the platform in the first year. In April of this year, Capital on Tap settled into their US headquarters in their Midtown, Atlanta office.

Capital on Tap’s new look opts for sleek and bold, but most importantly, simple. Guided by the mission of making running a small business easier, Capital on Tap realised simplicity needs to be at the core of both their product and the way they present themselves to cardholders.

“Our new logo, updated website and mobile app, and overall look and feel better reflect a global company that’s relied on by hundreds of thousands of small businesses on two sides of the Atlantic,” Luck said.

The rebrand comes at the tail end of a Q2 loaded with a plethora of product releases including redeeming points for gift cards at a discounted rate and a new feature-packed mobile app.

Not to mention the closure of a $200 million funding facility to fuel continued growth in the US.

As part of the birthday rebrand, Capital on Tap will begin issuing black cards instead of their signature yellow.

“The colour of our card may appear to be just a cosmetic change, but to our customers, it represents a level of sophistication they very much deserve,” Luck said. “It’s time we back them with a product that looks as powerful as it is.” 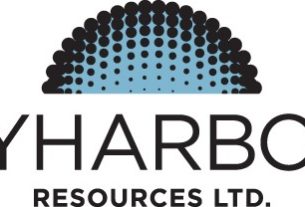 Skyharbour Begins Trading on the OTCQX in the United States

Loro Parque: a Historic One-Year Closing of the Doors