ProMIS Neurosciences, Inc. (TSX: PMN) (OTCQB: ARFXF), a biotechnology company focused on the discovery and development of antibody therapeutics targeting misfolded proteins such as toxic oligomers implicated in the development of neurodegenerative diseases, announced today that it has appointed Dr. Cheryl Wellington to its scientific advisory board (SAB).

Dr. Cheryl Wellington, Professor of Pathology and Laboratory Medicine at the University of British Columbia (UBC), has built an internationally recognized research program that focuses on neurological diseases, with a particular emphasis on Alzheimer’s Disease (AD) and Traumatic Brain Injury (TBI).

“We are delighted to welcome Dr. Wellington to the ProMIS SAB,” stated Dr. Neil Cashman, ProMIS’ Chief Scientific Officer. “In addition to her outstanding contributions to the understanding of AD and TBI, we are duly impressed by her research group that is one of the most experienced in North America on ultrasensitive blood-based biomarker tests for a number of neurological and neurodegenerative conditions, including Alzheimer’s disease.”

The emerging ability to measure biomarkers such as NfL (neurofilament light chain), P-tau (phosphorylated tau protein) and GFAP (glial fibrillary acidic protein) in blood samples as opposed to cerebrospinal fluid (CSF) offers several advantages such as its relatively non-invasive nature, lower risk of complications and ease with which blood draws can be repeated on a regular basis. These advantages make blood-based biomarkers ideal tools in AD clinical trials to assist in diagnosis and monitoring of patient progress on therapy.

Commenting on her appointment to the ProMIS SAB, Dr. Wellington stated: “ProMIS’s approach to targeting the root cause of many brain diseases is of exceptional interest and importance. I am honored to join the Scientific Advisory Board to advise and assist in their programs.”

ProMIS Neurosciences, Inc. is a development stage biotechnology company focused on discovering and developing antibody therapeutics selectively targeting misfolded proteins such as toxic misfolded oligomers implicated in the development and progression of neurodegenerative diseases, in particular Alzheimer’s disease (AD), amyotrophic lateral sclerosis (ALS) and Parkinson’s disease (PD). The Company’s proprietary target discovery engine is based on the use of two complementary computational modeling techniques. The Company applies its molecular dynamics, computational discovery platform -ProMIS™ and Collective Coordinates – to predict novel targets known as Disease Specific Epitopes on the molecular surface of misfolded proteins. ProMIS is headquartered in Toronto, Ontario, with offices in Cambridge, Massachusetts. ProMIS is listed on the Toronto Stock Exchange under the symbol PMN, and on the OTCQB Venture Market under the symbol ARFXF

Tailor4Less confirms its position as an innovative and ambitious ecommerce, and just reaches 50.000 sales! 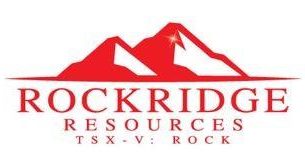