ISFE is delighted to kick off 2022 by welcoming Riot Games as a new member – the video game company behind the hugely popular titles League of Legends, Valorant and Wilf Rift, played across the globe.

ISFE CEO Simon Little said: “We are extremely pleased to welcome Riot Games to ISFE. Riot is a global player with a strong presence in Europe, with offices in Dublin, Barcelona, Berlin, Paris and Reading. Riot Games is doing important work in education, opportunity and citizenship, diversity and inclusion and we look forward to working with them to advance our initiatives in these areas within the ISFE membership, as well as our work on European policy issues affecting the video games sector.”

Riot Games is a founding member of ISFE Esports, launched in September 2019 and is one of the most important stakeholders of the global esports sector.

Riot Games was founded in 2006 with a mission to develop, publish and support the most player-focused games in the world. Headquartered in Los Angeles, USA, the company employs more than 3,000 people in over 20 offices worldwide.

Players are at the heart of what we do

Since 1998, ISFE has ensured that the voice of a responsible games ecosystem is heard and understood, that its creative and economic potential is supported and celebrated, and that players around the world continue to enjoy great video game playing experiences.

ISFE represents the video games industry in Europe and is based in Brussels, Belgium. Our membership comprises national trade associations in 18 countries across Europe which represent in turn thousands of developers and publishers at national level. ISFE also has as direct members the leading European and international video game companies.

#PlayEquall, the initiative of the video game sector in Spain that promotes diversity, equality and inclusion 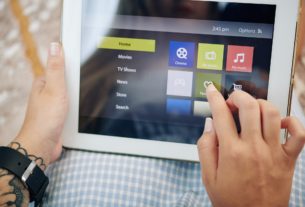 Pzaz = TV as it should be