Held from 2-4 November, and supported by The International Dialogue Centre (KAICIID), the 2021 MJLC General Assembly discussed legislation which has increasingly restricted the freedom of worship for Muslim and Jewish Europeans. The delegation of faith leaders also conducted meetings with the country’s policymakers, calling for increased religious pluralism at the local and regional level, in light of the country’s presidency of the Council of the European Union.

Members of the MJLC delegation highlighted the crucial role that European political leaders play in creating norms and laws which protect the rights of minority religious groups and address key challenges such as hate speech and discrimination. The MJLC’s mission of advocating fair portrayal of minority groups in public discourse, as well as just and inclusive legislation, met with widespread support during the meetings.

In his talks with religious leaders, President of the Republic of Slovenia Borut Pahor highlighted the efforts of the Muslim Jewish Leadership Council to bring people together. He said: “We live in a world of large, ever deeper divisions. Tensions in society are growing. That is why the work of the Muslim Jewish Leadership Council is so important, because it is one of those initiatives that brings people together.” This sentiment was echoed by Prime Minister Janez Janša, who spoke to the MJLC delegation on 4 November in what he described as an important contribution to the dialogue between the various religious communities and the country holding the Presidency of the Council of the EU. The Prime Minister emphasized the importance of religious freedom to Slovenia and the importance of dialogue between believers of different religions in order to promote greater tolerance, respect and mutual understanding.

Zoran Janković, mayor of Ljubljana, also demonstrated his readiness to engage in an authentic dialogue with the Jewish and Muslim leaders, hosting an important exchange in the Town Hall.

Over the past few years, there has been a disturbing rise of hate crimes directed toward Muslims and Jews in Europe, which have been documented by the European Union Agency for Fundamental Rights.

“Religious freedom is enshrined in the EU Charter of Fundamental Rights, but it is currently under threat,” said MJLC Treasurer Chief Rabbi Schlomo Hofmeister, District Chief Rabbi of Lower Austria, Styria, Burgenland and Community Rabbi of Vienna. “The MJLC warmly welcomes the signals Slovenia has given that it will promote peaceful coexistence and lead decisive actions to support the future of Muslim and Jewish life in Europe.”

According to MJLC leaders, Slovenia has greatly improved interfaith relations over the past few years. Though public suspicion of migration has been high, the country opened its first mosque, the Islamic Religious and Cultural Centre, in Ljubljana in 2020. A small synagogue is scheduled to follow on 9 November 2021.

MJLC Co-Chair Dr. Nedžad Grabus, Mufti of Sarajevo and the former Grand Mufti of the Islamic Community in Slovenia commended these efforts and added that policymakers should, “embrace the benefits of interfaith dialogue and work towards a truly diverse and equitable Europe, by promoting a culture of appreciation for religious and cultural differences and respect for the rights of European minorities of every kind.”

The opening of religious buildings is one way to enable religious minorities to practise their faiths freely. With the opening of the synagogue in Ljubljana, claims Mr. Elie Rosen, President of the Synagogue of the Federation of Jewish communities of Graz and Ljubljana, Slovenian Jews for the first time receive their own spiritual home; they can live their Judaism independently. “This makes Judaism in Slovenia something alive and Jewish culture not only a folkloric experience of a culture that no longer exists here anymore“ he said.

Mufti Nevzet Porić, Mufti of Slovenia was positive about Slovenian Muslims’ relations with other citizens, emphasizing how many people Slovenians of different faiths visit the new mosque every day. “Our cooperation with local community is on a high level” he said “we strive to continue practicing positive relations with the local citizens, government and other religious communities in Ljubljana”.

The General Assembly’s regular meeting sessions included discussions about the importance of promoting freedom of religion and identity through educational initiatives targeting young people and the need to equip Muslim and Jewish religious leaders to prevent and deflect hate speech.

The Muslim Jewish Leadership Council (MJLC) is a leading voice for interfaith dialogue in Europe.  Founded in 2016, in response to a rising tide of populism and xenophobia in Europe, including islamophobia and antisemitism, the Council is made up of nearly 40 leaders and lay representatives of Europe’s Muslim and Jewish communities.  Together, they consult on, and coordinate, interreligious activities at European level in order to encourage trust between followers of the Jewish and Muslim faiths, and to foster an appreciation for the differences among European citizens.

The International Dialogue Centre (KAICIID) is an intergovernmental organization that promotes dialogue to build peace in conflict areas. It does this by enhancing understanding and cooperation between people of different cultures and followers of different religions. Its Board of Directors comprises prominent representatives from five major world religions (Buddhism, Christianity, Hinduism, Islam, and Judaism). KAICIID’s vision is a world where there is respect, understanding, and cooperation among people, justice, peace and reconciliation, and an end to the abuse of religion to justify oppression, violence, and conflict. Travel in Switzerland: The Roof of Europe

Weddings exposed: Bride and groom bare it all 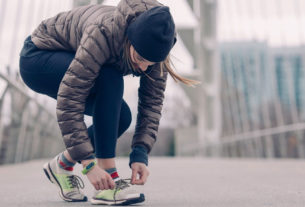