Limassol is one of Europe’s major economic centres and a rapidly growing financial services hub. Holborn’s Limassol office has a team of 49, 20 of whom are fully qualified independent financial advisors. The new team has already leveraged its CIF licence and MiFID compliance (in conjunction with its existing IDD licence) to reach terms with Lombard International Assurance’s European practice. “This new office will deepen our ability to operate and expand across the European region while increasing the depth and range of advice that we provide clients,” said Robert Parker, CEO of Holborn Assets

Holborn Assets, which opened its first Cyprus office in Paphos in 2018, already assists many of the island’s tens of thousands of British nationals manage their finances while “preparing for a range of possible outcomes in different areas of their financial life following Brexit and in line with evolving European regulation,” explained Parker. Holborn’s CIF license and MiFID capability now “also equip us to offer the cross-border investment services so critical to expatriates,” added Parker.

Holborn’s latest office in Limassol, Cyprus, demonstrates “our commitment to delivering best-in-class, fully-compliant financial advisory services through qualified advisors able to work on the ground with clients regardless of where they find themselves or which jurisdictions they seek to access or operate across,” concluded Parker.

*The Markets in Financial Instruments Directive (MiFID) is a European regulation that increases transparency across the European Union’s financial markets by standardising the regulatory disclosures required for financial services firms operating in the European Union. MiFID aims to create a common, robust regulatory framework across Europe that protects investors.

Established in 1999, Holborn is an award-winning, International financial services company, specialising in independent financial advice to the expatriate market. A British family-owned and operated business, the firm has over 450 employees, including 200 financial advisers.

Israel: Beyond the conflict 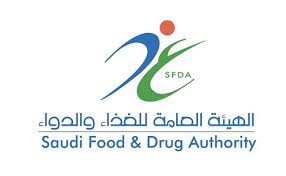