But the IT firm is aiming to increase this further to £40m.

Contributing to this bottom-line boost is the company’s substantial investment in its existing suite of services, expansion to London, noteworthy achievements in the contracts market, inclusion in the UK Government’s G-Cloud 10 framework and an industry-leading tech expo – to name but a few.

Extensive development of the organisation’s newest service concepts – pureVR and pureIoT – will play a crucial role in strengthening its competitive advantage in the digital tech arena.  Existing services have led to a roster of successful projects with customers such as BetFred, JCT600, SuperBreak and RSPB, in 2018 alone.
Positioning itself as an innovator in the tech sector, PTG also held its annual tech expo pt18 – the largest event of its kind in the North of England – in June.

Over 600 professionals attended, with keynote speakers including Jamie Bartlett, Sarah Shields, Neil Sawyer and Will Greenwood – all sharing trailblazing tech insights with likeminded IT experts about key findings from the dark web, hyper-convergence technologies and assisted reality advancements.

Planning is already underway for pt19 – with an Artificial Intelligence theme – which aims to be bigger and bolder than the company’s three previous events.

The Group’s COO Cliff Fox explained: “We’re an incredibly people-centric business, dedicated to innovating with emerging technologies and digital trends – as well as being driven to deliver tailored solutions that meet an ever-accelerating customer demand.

“Our Augmented, Assisted and Virtual Reality products aim to revolutionise the way training is carried out across every sector and also optimise business operations – especially where productivity and bottom-line benefits are concerned.”

PTG’s spearhead approach to technology sees the firm hold a chain of global partnerships with many global tech brands – including DELL EMC, HP, Huawei, Lenovo, Microsoft and Mimecast – and it is one of only three UK partners authorised to distribute Toshiba’s pioneering dynaEdge smart glass solution.
Further expansion and investment of the firm’s existing product offering will be key in driving forward the business’s ambitious growth targets in the coming year, as well as further acquisition and continued investment in its core success and biggest asset – its people. 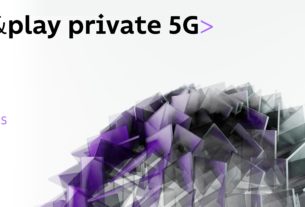