4-6 million people worldwide are affected by familial cystic kidney disease, the most common inherited kidney disease – accounting for ∼10% of European patients on dialysis or living with a kidney transplant. The range of potential therapies is still limited, so other novel therapy options are urgently needed.

At the ERA-EDTA Congress taking place this week in Copenhagen, a study [1] will be presented in which lanreotide failed to fulfill the great expectations held for the substance. Prof. Gansevoort, Groningen, the Netherlands, the lead investigator: ‘Despite the promise held out by preliminary and preceding studies, lanreotide did not show the hoped-for effect in patients. This shows how difficult it can sometimes be to progress from initially positive results to an effective therapy for all those affected.’  Autosomal dominant polycystic kidney disease (ADPKD) [2, 3] is one of the most common monogenic hereditary diseases, with a prevalence of around 4 per 10.000, and it is the most common hereditary kidney disorder. It affects about 4-6 million people worldwide and accounts for ∼10% of European patients on dialysis or living with a kidney transplant. The gene mutations that cause ADPKD are now known – cysts develop in the kidneys (also in the liver in many cases), which spread throughout the kidney tissue as the disease progresses, resulting in a marked increase in kidney volume and a weight of up to several kilograms, as well as progressive loss of kidney function. ADPKD is usually diagnosed in affected individuals in the third and fourth decade of life, progressing to end-stage kidney disease within 5-10 years. 50-70% of patients with ADPKD progress to end-stage kidney disease (ESRD) at an age between 50 and 60 years. Intensive research has been conducted for several years to find ways of preventing or at least slowing cyst growth, but the available therapy options are still limited. It is essential to control blood pressure rigorously, because most patients develop hypertension, which promotes cardiovascular disease the growth of cysts. Tolvaptan has meanwhile been approved as renoprotective medication, but it is not an option for all patients; moreover, its side-effects are not tolerated by some patients.

Other substances have shown efficacy in animal models and preliminary clinical studies. Somatostatin, is a naturally occurring hormone secreted mainly by cells of the nervous system, gastrointestinal tract and pancreatic islets. It inhibits various processes in the body (e.g. the production of gastric juices and the regulation of blood pressure in abdominal organs) and has been suggested to also slow cyst growth [4]. The investigator-driven, prospective study [1] presented at the ERA-EDTA Congress in Copenhagen investigated the efficacy of lanreotide, a somatostatin analog, in patients with advanced ADPKD. 305 patients aged between 18 and 60 (mean age 48, 46% male) with an average stage-3 restriction of kidney function (average GFR 51.2 ml/min/1.73 m2) and a total kidney volume of 1338 ml/m, received either standard care only (control group), or additional subcutaneous administration of lanreotide 120 mg once every four weeks, over a period of two and a half years, on a randomized basis. This trial was co-funded by the Dutch Kidney Foundation and Dutch Ministry of Economic Affairs.   The results showed that, although lanreotide significantly slowed the growth in kidney volume (1.33% less than in the control group, p=0.02), the further loss of kidney function was similarly pronounced in both groups (annual eGFR loss with lanreotide -3.53 compared to -3.46 ml/min/1,73m2), and the difference between the two was statistically not significant. However, in the lanreotide group there were more undesirable effects, mainly responses at the injection location, gastrointestinal side-effects and liver cyst infections.  Prof. Gansevoort, the lead investigator, from the University Medical Center Groningen, the Netherlands, commented that, ‘Despite the promise held out by preclinical studies and initial clinical data, lanreotide did not show the hoped-for effect in our patients. A more targeted selection of patients may be necessary for treatment with somatostatin analogs. Studies with another somatostatin analog (octreotide) have shown efficacy in ADPKD patients [5], especially also on liver cysts [6], and response to this therapy could even be predicted on the basis of laboratory results [7]. This all shows how difficult it can sometimes be to progress from initial positive results to an effective therapy for all those affected.’  [1] Publication Number: LB04  RENOPROTECTIVE EFFICACY AND SAFETY OF THE SOMATOSTATIN ANALOGUE LANREOTIDE IN LATER STAGE ADPKD. Ron T. Gansevoort1, Joost P. Drenth2, Johan W. de Fijter3, Esther Meijer4, Michelle J. Pena4, Dorien J. Peters3, Folkert W. Visser4, Jack F. Wetzels2, Robert Zietse5, on behalf of the DIPAK Consortium, 1UMCG, Nephrology, Groningen, NETHERLANDS, 2Radboud UMC, Nijmegen, NETHERLANDS, 3LUMC, Leiden, NETHERLANDS, 4UMCG, Groningen, NETHERLANDS, 5Erasmus MC, Rotterdam, NETHERLANDS [2] Kühn W et Walz G. Autosomal dominante polyzystische Nierenerkrankung. Dtsch Arztebl 2007; 104(44): A-3022 / B-2660 / C-2579

With more than 7,500 members, the ERA-EDTA (“European Renal Association – European Dialysis and Transplant Association”) is one of the biggest nephrology associations worldwide and one of the most important and prestigious European Medical Associations. It supports basic and clinical research in the fields of clinical nephrology, dialysis, renal transplantation and related subjects. It also supports a number of studies as well as research groups and has founded a special “Fellowship Programme” for young investigators as well as grant programmes. In order to involve young nephrologists in all its activities, ERA-EDTA has created the “Young Nephrologists’ Platform” (YNP), a very active committee whose board includes members who are 40 years old or younger. In addition, it has established various working groups to promote the collaboration of nephrologists with other medical disciplines (e.g. cardiology, immunology). Furthermore, a “European Renal Best Practice” (ERBP) advisory board was established by the ERA-EDTA to draw up and publish guidelines and position statements. Another important goal of the ERA-EDTA is education: The series of CME courses combined with the annual congress offer an attractive scientific programme to cover the need for continuous medical education for doctors working in the fields of nephrology, dialysis and transplantation. The association’s journals, NDT (Nephrology, Dialysis, Transplantation) and CKJ (Clinical Kidney Journal), are currently the leading nephrology journals in Europe; furthermore NDT-Educational is the online educational journal of the society, with free access for all users, as well as being a very important and useful feature of the NDT-Educational “Literature Review”. The ERAEDTA Registry is a large epidemiologic database comparing countries by assessing nephrology practices throughout Europe. ENP, the European Nephrology Portal, is the latest new initiative of ERA-EDTA, where all those interested in the activities of the Society can find everything that is happening, all in one place. Finally, ERA-EDTA is a member of the European Kidney Health Alliance (EKHA), a consortium of patients, nurses and foundations relating to renal issues that actively interacts with the European Parliament. 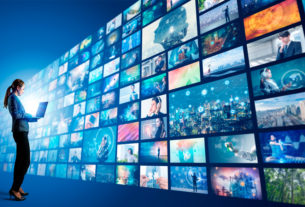