The retail price is £64.95 (€69.95). The product can be bought through the online retailer Amazon in the USA and Europe. The heart rate monitor is designed to monitor heart rate during training by reading electrical signals from the skin. It does not require an additional adaptor and directly works with smart phones supporting Bluetooth Smart.

At present, the product supports iOS devices starting from iPhone 5 and iPhone 4S.

The device is light, reliable and easy to use (www.beetsblu.com/sensor).

Beets BLU Electronics (Estonia) was founded in 2012 by a group of leading specialists in the field of mobile apps, fitness technologies and hardware.

The company specialises in wireless sensors based on Bluetooth Smart technology. It is planning to produce a line of sensors for various purposes, with advanced consumer characteristics, cool design and which are safe for your health.

All new solutions are carefully tested directly by the company’s executives, which guarantees customers the best performance of the product and high user-friendliness.

Only one app for Android (iCardio) is available at the moment. The app only works on Motorola RAZR with 2.3.x operating system (The newer operating system 4.0 currently does not support Bluetooth 4.0 on this mobile phone model. The manufacturer has promised to fix this as soon as possible).

Most Android-based smart phones already have hardware that supports Bluetooth 4.0 (for example: Samsung Galaxy S III, Galaxy Note II; HTC One, Desire; Sony Xperia V; Explay Advance; Alcatel One Touch 991), but the Android system itself does not yet support it. As soon as the support becomes available (expected in 2013), the range of supported devices will expand significantly thanks to Android-based devices.

Βluetooth Smart technology, also known as Bluetooth 4.0 and Bluetooth LE (BLE), has appeared quite recently and is a more advanced version of Bluetooth technologies.

Bluetooth Smart is a protocol designed to connect low energy devices with mobile phones (or PCs).

Bluetooth Smart was developed as an alternative to the ANT+ protocol, which is widely used in sensors for fitness and medical purposes.

After Bluetooth Smart appeared, Bluetooth protocols were divided into two categories: Bluetooth Classic (v1.0-v3.0) and Bluetooth LE. This division is explained by the fact that Bluetooth Smart is, in fact, a new protocol, incompatible with “classical” Bluetooth.

The idea behind Bluetooth Smart was to ensure low energy consumption and increase the distance of stable data transmission. That’s why it can be used with low energy devices (usually powered by one battery) at quite long distances of over 10 m (33 ft). Lower energy consumption and extended coverage distance of Bluetooth protocol are achieved thanks to a slower speed of transmission which is much lower than that of Bluetooth v2.0.

The new technology uses a different set of channels and a new type of hardware. Older devices do not support Bluetooth Smart as they do not have the needed hardware.

Usually, client devices (mobile phones, smart phones, PCs) supporting Bluetooth Smart are also compatible with older versions of Bluetooth – 2.1 and 3.0. But this mostly does not apply to peripheral devices. The heart rate monitor, for example, only supports Bluetooth Smart (Bluetooth v4.0) and requires that the receiving devices also support the protocol.

Urgent heatwave weather advisory to all employers and employees 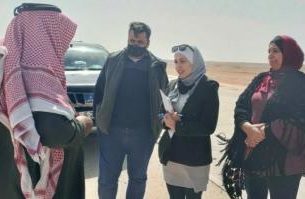