telent has been awarded a contract by Germany’s Bavarian Ministry of the Interior to act as prime contractor for the rollout of a TETRA radio network for the region’s Emergency Services by 2012.

Under the contract, telent (www.telent.co.uk) will manage the rollout of Private Mobile Radio (PMR) sites across Bavaria and coordinate the project with German Federal authorities.

A pilot TETRA radio project, led by the Bavaria’s DigiNet group, is already underway in the city and district of Munich, as part of plans to replace existing analogue radio systems across the whole of Germany by 2012.

telent will work towards expanding the digital radio network to provide the Emergency Services – police, fire, welfare and customs organisations – with radio coverage across the region, rolling out approximately 900 base station sites in total.

Chief police officer Hans-Jürgen Bassalig, who heads DigiNet’s Bavarian project team, said: “In telent we found an expert in radio, with many years’ experience in planning, co-ordination and completion of similar projects. With this project, public authorities and blue-light organisations in Bavaria should benefit significantly from new TETRA technology as of 2011.”

“A project of this scale is always a challenge, but we are pleased to be able to use our expertise and that of our partners to build up the Emergency Services’ radio network in Bavaria,” commented Robert Blum, Managing Director of telent’s operations in Germany, and a member of the PMR association.

In addition, telent will ensure that all appropriate guidelines and regulations are adhered to. Once a site is accepted by the German Federal authorities, TETRA radio systems will be installed by EADS.

With annual revenues of over £300 million, telent has decades of experience in supplying a broad range of network and communications services in the UK and Germany. Today, the privately-held company employs over 2,500 people and has one of the largest engineering field forces in the UK.

More than 90% of maternity returners say they get no support at work when they go back, reveals MMB survey 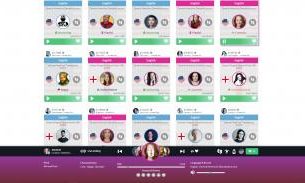