Heather Mills has been awarded £24.3m in her divorce settlement with estranged husband Sir Paul McCartney…

Speaking outside London’s High Court, Ms Mills said she was “glad it’s over” and “it was an incredible result to secure mine and my daughter’s future”.

However, the High Court judge who presided over the Mills-McCartney divorce battle accused Heather Mills of “make-belief” in a devastating judgment that the former model tried unsuccessfully to suppress.


The 58-page ruling from Mr Justice Bennett was published online after Ms Mills lost a legal challenge that would have kept it secret. In it the judge accused her of being “less than candid” in her evidence to court and a “less than impressive witness”.

As part of the divorce deal, Ms Mills will receive £14 million for herself and £2.5m to buy a house in London.

The couple failed to reach an agreement in court last month, leaving the judge to determine the final figure.

The settlement will also see the former Beatle pay their four-year-old daughter Beatrice’s nanny and school fees and will pay Beatrice £35,000 a year.

The summary judgment stated that Ms Mills had sought £125m and been offered £15.8m by Sir Paul.

The judge ruled that Sir Paul was worth £400m, whereas Ms Mills claimed the singer was worth some £800m.

“The case is a victory for common sense. It shows the English courts do not give in to spin and drama or a paternalistic urge to redistribute wealth on marital breakdown.

“Heather Mills’ evidence was found to be “less than candid” and many of her extravagant claims, in which she was held to be “overegging the pudding”, were never backed up by the hard evidence which she promised.

“Sadly, the judge’s findings on her behaviour, some of which was said to have been “distasteful”, confirm many of the public perceptions which have led her to be, in her words, “vilified”.

“Personalities aside, however, what this case most importantly signifies is that the courts do not carve up assets willy nilly on divorce, as has been feared after some notorious payouts in recent years.

“This award, which is I believe conservative in the context of Sir Paul’s overall wealth, indicates the tide may be turning and the long awaited kickback against dishing out huge sums is coming into play.

“Another important feature of the case is to underline the need for prenuptial agreements. Perhaps the bitterness and expense of this high profile case, where there was no prior arrangement, will contribute towards a trend for an increased recognition of prenuptial agreements in the courts.

“This stems, I believe, from the obvious merit of encouraging parties to a marriage to regulate their own affairs in advance by making it worth their while to do so. The only way to do that is by the courts honouring them when they do.” 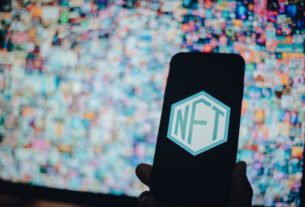 What exactly am I, Robot?