Time after time we are told about the impending doom of climate change yet the public, business and government seem unable to act.

Xan Phillips wonders if a new way of thinking is required.

The debate about climate change is well established. There can’t be many who are blind to the causes yet only a few people in a position power who want to solve it.

This lack of action shouldn’t be a surprise. Collectively we have forgotten three other major predicaments facing humanity.

In this world of plenty there are still millions of people starving to death. We also have major health issues affecting not only countries but continents and war is still seen a sensible means of settling disagreements.

These four man-made problems are the potential catalysts to the demise of the human race. We can no longer stand aside as detached viewers and let these imbalances affect so many thousands of people. We have to turn and face them head on.

It is time for humanity to change its attitude

The rich have to help the poor; the educated have to use their wisdom and knowledge to provide simple, efficient and humanitarian solutions; the fit have to help the ill. And we have to start now.

When the smog of London was causing serious pollution in 1952 it became so serious that theatres had to close. Not because people couldn’t travel to the West End, but because the fog inside the building made it uncomfortable to watch the performance.

That is how stubborn we are as a race. It is only when the problem is there, inches from our face, will we do something.

For most humans it takes a serious, life threatening illness before they stop and change their ways – men are a great example.

Every woman knows that men only visit the doctor when the pain is really bad. It somehow seems ‘manly’ and ‘macho’ to struggle on, without complaint; until it gets so uncomfortable they have to seek medical help.

This attitude is mirrored in the Earth’s government.

The political and business leaders of this planet are neglecting our global problems for the sake of power and profit.

Yet power and profit should be seen as the rewards of the past. The health of all should be the new goal.

The affluent are so happy with their material success and wealth that they can’t see the poverty and illness that it causes.

They are simultaneously sticking their heads in the sand and up in the clouds.

To save itself humanity will have to change its way of thinking. In business they talk about thinking outside of the box. In this case we have to think off-planet.

We have to look at earth and decide how we can organise all the world’s resources and create a global standard where every person has the right to live a normal healthy life.

To do so we’ll have to say farewell to market forces. Market forces have had their day. If they were successful we wouldn’t have starvation, disease and environmental disaster banging on the door.

A massive public discussion is required. We need a week in which the newspapers, television and radio companies, around the world, are joined in debate.

We need a global call to the new thinkers and new economists to bring forward solutions that will provide for all in a fair and just manner.

It won’t be easy but humanity has to change its attitude or it will die. 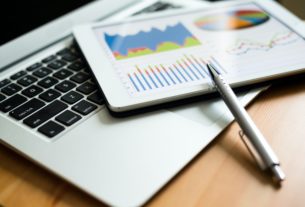 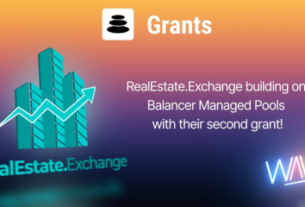 RealEstate.Exchange builds on with its 2nd Balancer grant!