The arguably unique rivalry between Oxford and Cambridge reared its head once more as the two revered rowing teams met in a head-to-head on the open seas off the historic town of Split in Croatia.

The annual Boat Race on the Thames traditionally provides the only opportunity for these two teams to race each other at full-strength, but it took an entrepreneur and Sydney Olympic Gold medallist to cajole the two teams into meeting once more.
Former Great Britian rower, Luka Grubor, who founded sailing company, SailCroatia, orchestrated the showdown as part of Split’s annual four day rowing regatta, which sees university and college teams pit their wits – and their oars – against each other.
This year the event also coincided with the city’s 1,700th birthday celebration, and patron saint’s day (Saint Duje), adding even more colour to what promised to be a loaded occasion.
While the local teams provided an impressive display against Gusar Rowing Club’s imposing backdrop of mountains, it was the final between the Cambridge and Oxford that provided the real action.
The tension between the two teams was palpable all weekend – on and off the water – something that was further fuelled by the Cambridge boat sinking during a warm-up on Friday, courtesy of particularly choppy seas, and only just edging to victory over Split University in its heat.
The 1000m final was frantic and dramatic as the two boats – littered with World Champions and Olympians – pushed towards the line with a will to win that went far beyond that befitting a Croatian regatta race on a May afternoon.
At stake was pride, tradition, history and, for the Cambridge athletes, the need to overcome their demons and banish the crushing memory of being defeated on the Thames in March.
The two boats pulled and strained against each other from the word go, nosing desperately through the water in a quest for a lead until Cambridge took the initiative metres from the line, edging to victory by just two seconds.
Oxford took the edge off the light blues’ victory by demanding a re-race and claiming that its rivals had enjoyed a false start, but the umpire was not interested.
The victory stood, giving Cambridge coach Duncan Holland, who took over the coveted role in April, his first triumph.
Grubor hopes the race will become an annual event.
But are Oxford and Cambridge tough enough to endure an occasion of such fierce, unremitting rivalry twice every year?
One thing is sure: neither will want to be the first to decline the challenge.

Ready to protect yourself and your family with our medical discount plans? 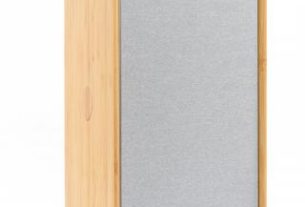