Skip to content
A rising reporter offers newcomers practical advice based on his own experience of the long, hard road into the music press.

My first tip is not to consider music journalism as a full-time career. 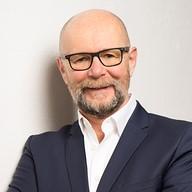