Terra Balcanica Resources Corp. (“Terra” or the “Company”) (CSE:TERA) is pleased to announce an intersection of massive polymetallic sulphide vein at the Cumavici target located within its 90% owned Viogor-Zanik project, Bosnia and Herzegovina.

Terra Balcanica CEO, Dr. Aleksandar Miskovic, comments: “The presence of a shallow, polymetallic, massive sulphide, vein-hosted system at Cumavici confirms our detailed targeting over the past 20 months. The Viogor-Zanik projects hosts epithermal and porphyry targets that are being tested by our inaugural drill program. Cumavici is a 7.2 kilometers zone of mapped intermediate sulfidation veins and our focus is to define the extents of the mineralized footprint. We are eagerly awaiting the laboratory assays which should be released shortly.”

Cumavici is an intermediate sulfidation, epithermal vein system situated 6.2 km northwest of the Company’s Olovine target, and 6.7 km west-northwest of the operating Sase Mine (owned and operated by Mineco plc.) which produces approximately 330,000 tonnes of lead-zinc-silver-gold concentrate per year. Cumavici has been defined as a 7.2 km northwest-southeast corridor outlined by structural mapping, soil geochemistry, and geophysics.

Vein-hosted, microcrystalline colloform banded sphalerite and coarse galena is present at 31 meters followed by massive stibnite, sphalerite, and breccia to 32 meters. Sulphide veinlets extend into the footwall to 33 meters depth and a further zone of disseminated sulphide is present from 43 meters to depth of 48 meters. Banded veins indicate sustained fluid flow through structures, with additional fluid pervasively altering and precipitating disseminated massive sulfides within the andesitic tuffs and volcanic breccias.

Textural information points to sustained, polyphase fluid flow through the targeted structure which remains open along strike and depth.

Figure 1. Geological map of the 3-licence, 216 km2 Viogor Zanik project cluster in eastern Bosnia with the Cumavici prospect/licence in its NW sector. The Sase mine (Mineco Ltd.) producing 330,000 tpa of Pb-Zn-Ag concentrate is located at the centre of Terra Balcanica’s exploration portfolio.
Click here to view image.

Figure 2. Geological map of the Cumavici volcanics hosting the epithermal vein system with the drillhole CMVDD001 collared at 045°/-85°. Click here to view image.

Figure 3. CMVDD001 drill core from 30.1 to 32.6 m showing sulphide cemented breccia and semi-massive sulphides. Details of dashed rectangles are outlined in Photo 2 and 3 below. Click here to view image.

Hole CMVDD001 was designed to test the presence of a NW-SE striking vein system and dipping to the SW with the regional structural trend. There are numerous planned step-out pad locations to the NW to test the system along strike.

Future drilling efforts will test the continuity of the polymetallic vein system along strike and down dip (Figure 3). Additionally, Terra Balcanica continues to generate drill targets within various sectors of the prospective Cumavici corridor for further shallow polymetallic vein intercepts to the NW and SE.

Dr. Aleksandar Mišković, P.Geo, is the Company’s designated Qualified Person for this news release within the meaning of National Instrument 43-101 Standards of Disclosure of Mineral Projects (“NI 43-101”) and has reviewed and validated that the information contained in this news release as accurate.

Terra Balcanica is a polymetallic exploration company targeting large-scale mineral systems in the Balkans of southeastern Europe. The Company has 90% interest in the Viogor-Zanik Project in eastern Bosnia and Herzegovina, 100% of the Kaludra mineral exploration licence in Serbia and has a pending exploration license at the Ceovishte property in Serbia. The Company emphasizes responsible engagement with local communities and stakeholders. It is committed to proactively implementing Good International Industry Practice (GIIP) and sustainable health, safety, and environmental management. 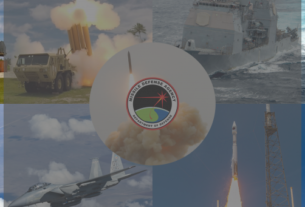 U.S. Missile Defense – An Overview of Past, Current, and Future Roles and Responsibilities

Could the Labour Party be faced with their own leadership contest in the near future?