ProMIS Neurosciences Inc. (TSX: PMN) (OTCQB: ARFXF) (“ProMIS” or the “Company”), a biotechnology company focused on the discovery and development of antibody therapeutics targeting misfolded proteins such as toxic oligomers, implicated in the development of neurodegenerative diseases, is pleased to announce that it has entered into debenture amendments with seven (7) creditors to settle an aggregate of US$7,000,000 of indebtedness via the issuance of 70,000,000 Series 1 Preferred Shares (“Series 1 Shares”) of the Company at US$0.10 per share.

This transaction will allow the Company to conserve its cash on hand and is an important step in the Company’s efforts to meet the minimum initial listing requirements of a major North American stock exchange.

The transaction is subject to acceptance of the TSX. The shares to be issued have not and will not be registered under the US Securities Act of 1933, as amended, or any state securities laws.  The rights and privileges of the Series 1 Shares are fully described on the Company’s website.

The following unaudited pro forma balance sheet presents the Company’s financial position as of March 31, 2022 after giving effect to the impact of the June 19, 2022 debt conversion as though it had occurred on March 31, 2022. This unaudited pro forma balance sheet should be read along with the Company’s audited financial statements for the year ended December 31, 2021, and the unaudited information presented in its quarterly financial statements for the three months ended March 31, 2022 which are available on SEDAR. The unaudited pro forma balance sheet is provided for informational purposes only and is not necessarily indicative of the financial position that would have occurred had the transaction been completed as of the dates set forth, nor is it indicative of the future financial position of the Company. 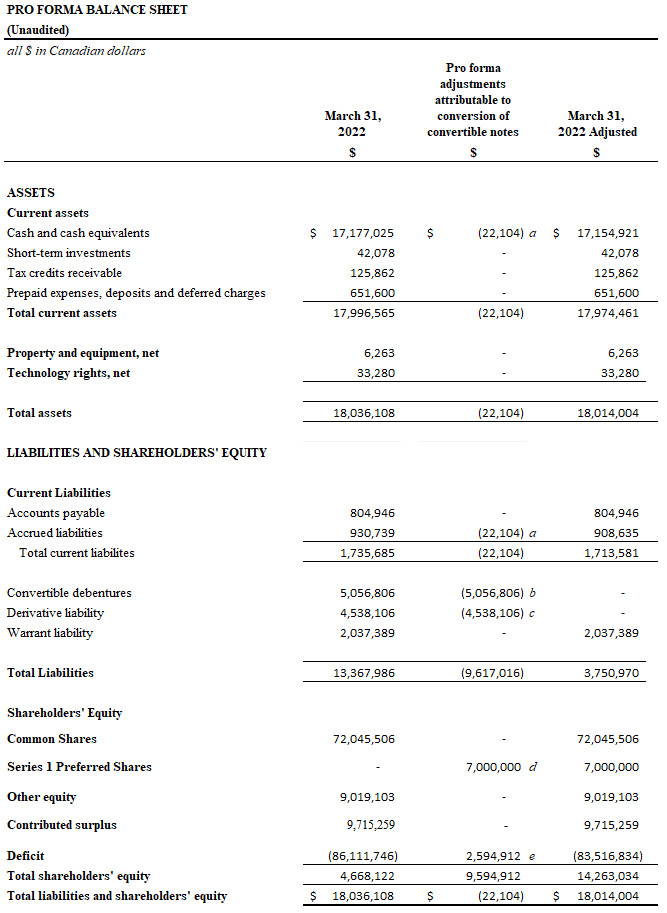 ProMIS Neurosciences Inc. is a development stage biotechnology Corporation focused on discovering and developing antibody therapeutics selectively targeting toxic oligomers implicated in the development and progression of neurodegenerative diseases, in particular Alzheimer’s disease (AD), amyotrophic lateral sclerosis (ALS) and multiple system atrophy (MSA). The Corporation’s proprietary target discovery engine is based on the use of two complementary techniques. The Corporation applies its thermodynamic, computational discovery platform – ProMIS™ and Collective Coordinates – to predict novel targets known as Disease Specific Epitopes on the molecular surface of misfolded proteins. Using this unique approach, ProMIS is developing novel antibody therapeutics for AD, ALS and MSA. ProMIS is headquartered in Toronto, Ontario, Canada with offices in Cambridge, Massachusetts, U.S.A. ProMIS is listed on the Toronto Stock Exchange (TSX) under symbol PMN, and on the OTCQB Venture Market under symbol ARFXF. 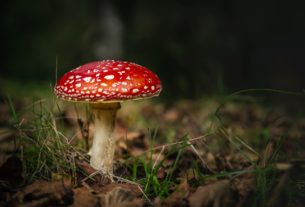 The ACCOLADE study on C3 glomerulopathy