Musicians from the United States to Portugal have joined forces to create a brand new album of amazing music. Like The Beatles, they’re having hit after hit at the hands of the main singer-songwriter, Nolen R. Chew Jr.

They’re called ‘The Star Prairie Project’ and it was Nolen who brought them together. Named after the village of Star Prairie (50 miles NE of Minneapolis/St Paul) and the Alan Parsons Project from back in the day, their music covers many genres and they have already achieved amazing success.

Their debut album, ‘Panacea‘ was released in July 2020 to much critical claim. It accrued over 1.25M streams on Spotify and in December of 2020 they followed up with their sophomore album ‘Surreal‘ that garnered over 3.3M streams on Spotify with the featured single, ‘The Crying’ reaching #26 on the iTunes UK Top 100 Rock chart.

By August 2021, their third album ‘Rudiger’s Revenge’ was released and is already rapidly approaching 800,000 streams after just four months. And now with the release of their fourth album ‘Shine A Little Light’ on December 17, 2021 they are set for more success. It appears that Chew is one very prolific songwriter and his project can indeed crank out creative yet catchy radio-ready songs at a Beatles like pace.

How did it all begin?

The Star Prairie Project began to emerge in it’s current form in 2019 when Nolen was searching for a lead vocalist for one of his songs.  He met Marcello Vieira and Rudiger through the Soundbetter production company that specializes in hooking up song writers and recording acts with a full spectrum of recording capabilities. It didn’t take long for the project to grow.  Marcelo brought in his friend, guitarist, sound engineer and producer Ricardo Dikk.  Ricardo in turn recommended vocalist Sandrine Orsini. Rudiger in return introduced Indie vocalist Ivy Marie to the project.

‘Shine A Little Light’ is a testament to the project’s growth in composition, musical acumen and studio production. The addition of Sandrine Orsini and Ivy Marie to the song sets have added a new dimension of eclectic vibe.  It’s both exciting and creative in it’s undertaking.

Now we have hints of gospel rock and indie pop to seamlessly weave into the ever present Americana and Alt rock. The album begins the musical adventure with the title track ‘Shine A Little Light’ with Sandrine’s Aretha Franklin like vocals accompanied by Ricardo Dikk’s mesmerizing power guitar and ends with the duet ballad ‘One of Theses Days’ with Ivy’s sultry crooning accompanied by Rudigers silky smooth vocals and guitar.

Chew shares the story of how Sandrine Orsini became involved with the album.” I was just telling a friend how I would love to add some female vocals to some of the new songs, particularly a Gospel choir type of accompaniment, when lo and behold Marcello emails me and says he thinks a Gospel choir should be included on the song ‘Seven Day Storm’ Dikk and him were working on at the time. Marcello added, and I know just who to get to do it, Dikk’s girlfriend Sandrine! The minute I heard her voice I was amazed and immediately thought of two or three other songs I had to have her sing.  One of them was ‘Shine A Little Light’.”  Nolen adds that Ivy Marie was introduced to him by Rudiger who had worked with her in the past.  After singing backing vocals on a couple of songs Ivy mentioned that her specialty was Indie Pop. Chew elaborates, “At the time I had the songs, ‘Why Do I Love You’ and ‘Everything Happens For a Reason’.  I thought, perfect! These were pop songs that didn’t really fit any where with what we were doing, so I said to Ivy, “Do your thing! Have a go at these and we’ll see how they sound! I was amazed when I heard what she had done and had to fit them on the album!’  Just another example  synchronicities in this project have been incredible!  Just incredible!”

And now The  Star Prairie Project has teamed up with Minds Behind The Music (MBTM) label and has contributed a single ‘Why Can’t We All Get Along’ to their highly acclaimed charity album released in November 2021.  MBTM is where top music stars unite with emerging Indie talent in an exclusive and unprecedented way to bring the world a message… some of the world’s biggest music stars come together.  From rock to pop, they’re all united in one cause – to save the planet.  The Star Prairie Project is thrilled to be part of this awesome cause and fits in the niche perfectly. 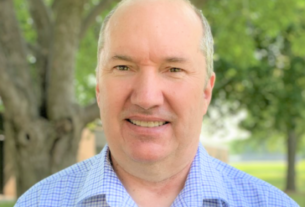