Ahead of the release of their second range of single malt and single grain Scottish whiskies, The Perfect Fifth have signed a distribution deal with German distributors Multee GmbH, who will also provide e-commerce support for the independent bottler in Europe. The Perfect Fifth’s expansion to Europe arrives after the brand’s successful launch in US markets, and particularly strong growth in California and New York. The Perfect Fifth has also signed deals with importers Topalcohzol (Czech Republic), Cava Anthidis (Greece) and Whisky Shop Ukraine to target key markets.

In contrast with larger producers who release their spirits in batches of thousands of bottles, The Perfect Fifth is an independent bottler of single casks of well-matured Scotch whisky, founded by a team of two brothers. The deal with Multee instigates the distribution of two new single malt releases: The Perfect Fifth Aberlour 30 Year Old Single Malt Whisky (RRP €2,000) and The Perfect Fifth Bunnahabhain 28 Year Old Single Malt Whisky (RRP €700), which will initially be available in retailers across Germany, Switzerland, Austria, Denmark, Czech Republic, Greece and Ukraine. These single malts will also be available for shipping across Europe.

“As we planned our expansion into global markets, including key regions in Asia (Singapore, Taiwan and Thailand), we knew our European venture would be key to our future success. We look forward to introducing our spirits to a region that has such a developed palate for premium single malts, and such a rich history of distilling its own diverse range of high quality spirits,” said The Perfect Fifth CEO, Karl Schoen. “Multee is our perfect partner in Europe thanks to their strong reach in our key markets, deep understanding of the brand, and their clear love and appreciation of Scottish whisky.”

Founded in 2017 by IT specialist and entrepreneur Anders Pettersson, Multee is a family-run consultancy providing e-commerce solutions and services for small to medium sized businesses. The launch of The Perfect Fifth EU is a milestone for Multee, as it marks the company’s largest distribution challenge to date, and has given Anders the opportunity to combine a professional passion – problem solving – and a hobby – collecting and tasting whisky.

“We are excited to be joining forces with The Perfect Fifth to launch their latest release into the European market, especially since – like Multee – they are a family founded and operated company,” said Multee Director, Anders Pettersson. We believe that, in combining their proven track record of curating the finest whiskies, with our technical know-how and regional distribution network, we have orchestrated the perfect match.”

The Perfect Fifth were named Scotch Campbeltown Independent Bottler of the Year in the 2019 Independent Bottlers Challenge, and awarded with a gold medal at the Spirits Business Design and Packaging Masters 2020. The Perfect Fifth’s range of Scottish whiskies has also collected numerous accolades from The Whisky Bible since release, including the Aberlour 30 Year Old, which was named Scotch 28 – 34 Years Single Cask of the Year in the 2021 Whisky Bible. Each whisky in this second release is packaged within a miniature wooden cask.

A family-run independent bottler born in Miami, The Perfect Fifth is dedicated to supplying malt enthusiasts in the USA with unparalleled fine Scotch from outstanding Scottish distilleries. Each of our whiskies is bottled from a single cask, hand-selected for quality to be bottled under The Perfect Fifth brand. We believe that whisky bottling is an art form that combines both quality spirit and arresting design.

Multee was founded in Summer 2017 by Munich-based IT specialist and entrepreneur, Anders Pettersson, who embarked on his solo venture after spending the previous 12 years responsible for the delivery of critical IT systems at a global telecommunications company. Since then, Multee has developed various e-commerce and IT solutions, including consultancy work for Europe’s largest consumer electronics retailer. The next chapter for Multee will see the company focusing on importing, exporting and distributing across Europe, while continuing to produce innovative e-commerce solutions for their expanding client base. 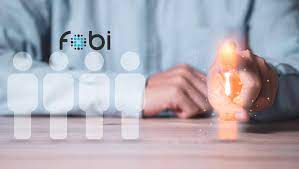