In October media-entrepreneur Erik de Zwart’s online streaming platform 24Trains.tv, showing everything about trains, will exist 1 year. A good reason to celebrate in style and add the televison program Rail Away to the over 1300 videos, magazines, and books, which can already be watched and read. Rail Away will be shown on 24Trains.tv from 2 October.

Rail Away is a Dutch television program which has been aired since 1996. Each episode follows a route along several special locations, where the train functions as a guide. There is not just attention for trains and railways, but landscapes, cities, culture, and history will also be highlighted in this program. The program is not only popular in The Netherlands but is broadcasted by different television stations worldwide. Rail Away can be watched from 2 October on 24Trains.tv: subscribers can watch it on one of their screens whenever and wherever they want.

24Trains.tv founder Erik de Zwart: “The year we have had so far has been incredible. We have achieved and learned much. We started focusing on the best we could find about trains, alternated with our own 24Trains.tv originals. Now we have taken the next step towards more original productions and collaborations with third parties that produce exclusive content for us. In addition there is no lack of well-known titles in our collection. Ranging from Thomas & Friends to Rail Away, it can all be found on 24Trains.tv.  Take further in account the different magazines and books which people can find on the platform and our commitment of growing into a platform where railway enthusiasts from all over the world will be able to find everything they are looking for in one place, is becoming more and more of a reality.”

24Trains.tv is available in English, German and Dutch and can be watched on pc, tablet, smartphone, laptop and tv via Google Chromecast and Apple airplay.

Erik de Zwart is a radio- en tv presenter and media-entrepreneur from The Netherlands. From 1978 he has presented different radio programs and from the 80s he has also presented different music programs on TV like Nederland Muziekland, Countdown and the Top 40. He has been a founding father of commercial radio station 538, one of the most popular radio stations in The Netherlands and TMF the music videoclip channel that was sold to MTV. In 2009 he received the Marconi Oeuvre Award for his practical political and commercial merit, both in the foreground and background of the Dutch radio. Besides being a radio- and tv presenter and media-entrepreneur Erik is also a huge railway enthusiast. 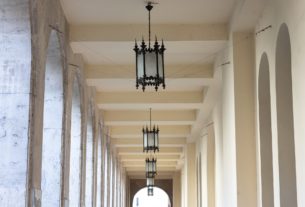