This is the 4th occasion that Green Motion United Kingdom have worked with Venture Marketing to exhibit at the BFA (British Franchise Association) approved show. The show was very successful with Green Motion UK receiving a record number of enquiries for the acquisition of its remaining airport and downtown franchise territories throughout Great Britain and Northern Ireland.

Green Motion in the United Kingdom are heavily focused on creating a trading standard that is well above that of its competitors, delivering as a regional franchisor the best possible range of services and support for its franchisees. One of the key elements for the success within the car rental industry is fluid and cost effective vehicle supply and Green Motion in the United Kingdom achieves this via its parent company, Local Car and Van Rental Limited (LCVR) – who owns the UK master franchise. LCVR, founded by Mr John Ryan, is a highly successful specialist vehicle supply company to the daily rental industry and prides itself on supplying the latest low emission vehicles at the best possible cost to the UK franchisees.

Green Motion UK also offers its franchises industry leading systems, covering daily operations and global pricing, ensuring that each and every one of its locations receives the necessary amount of business to ensure success.

Green Motion’s management team, overseen by John Ryan, is headed by the Managing Director, Adrian Woods, who has an immense and successful track history within the UK car rental industry with his family owning Woods Car Rental. Adrian receives further support from Sian Marston, who also has an impressive background in vehicle rental having worked for Budget Rent-A-Car and also being an owner of a franchise herself with Thrifty Car Rental. 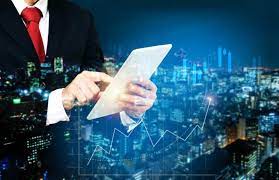 Chariots of Fire – The forgotten facts