American publishers iUniverse and Amazon Createspace announce the publication of author W.D. Crowder’s latest book, Lives of the Great Apostles: The Real Life Rest of the Story of the Men Who Walked Beside Jesus . This book represents the third installment in Crowder’s exciting “Divine Encounters of the Bible Series.”

In his latest book, Lives of the Great Apostles, three-time published author W.D. Crowder looks back to the first days of the early church to find that the men who walked with Jesus personally and who went on to establish His church all throughout the known world are ideal Christian heroes for us all today.

Lives of the Great Apostles tells the full, uncut stories of the great Apostles whom Jesus Himself handpicked to build His church on earth, including the often-forgotten, important details of what happened to these giants of the early church and Christian faith after the accounts of the Gospels and Acts ended. Their entire lives, careers, and journeys from first calling by Jesus or John the Baptist until their typical martyr deaths are recounted in beautiful story form with moving detail. Each of the 13 portraits concludes with a eulogy on the great man and what we can all learn from his stunning example of sacrificial faith and personal testimony.

An excerpt from “Lives of the Great Apostles”:

“Could there possibly be a greater honor imaginable than to be remembered for all time, by everyone everywhere, as the ‘Disciple whom Jesus loved?’ Yet John was not always so beloved. When he started out his companionship with Jesus, all that he could think about (along with his brother James, who actually did become known as James ‘the Greater’ later on in his life) was how they could earn places sitting on the left and right sides of Jesus when He attained His heavenly throne.”

To Crowder, this biblical Christian story is extremely applicable to people today. “What better heroes could you possibly admire and pattern your own life after than the good men who had the fearless courage and the boundless love to change the world forever?” Crowder asked.

W.D. Crowder is the internationally represented author of the two prior published books in the series, We Three Kings: Two Journeys of the Magi and The Three Miraculous Prayers of King Hezekiah: A Good Man’s Example For Our Own Troubled Times. His author pages are hosted by Amazon in the U.S., Canada, Britain, Germany, Italy, Spain, and France.

W.D. Crowder is the American Christian published author, prolific article and financial news writer, and speaker. He has penned over 3,000 commissioned articles and hundreds of newsletters and has written/designed hundreds of web pages over the past several years. He is also the principal writer for the Financial-Dictionary.info.

W.D. Crowder wrote this latest book entirely in Malta, one of the original lands of the Bible featured in this story. He and his family reside there in the center of the Mediterranean in the same town where it is now believed that Paul and Luke shipwrecked over 1,950 years ago, as told in Acts 28.

Crowder’s publicist will be announcing radio station interviews, book signings, and church speaking engagements in Britain from April 21-25 and in Malta from March 19th to Easter in support of this latest book. 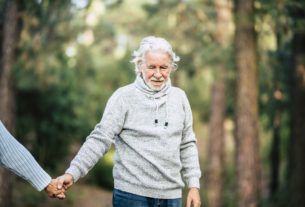