Henderson Group is a family-owned company which operates and owns around 80 SPAR and EUROSPAR locations in Northern Ireland. The new partnership demonstrates Henderson’s commitment to offer customers more value and convenience as well as Chopstix’s promise to deliver faster, fresher, and healthier Oriental fusion cuisine at great value for money.

Max Hilton Jenvey, Chief Operating Officer said, “We are delighted to launch Chopstix Noodle Bar with our new partners Hendersons Group, who are passionate to further enhance their food to go offer with the addition of Chopstix. This is a true testament of Henderson’s dedication as a destination for hungry, time crunched customers on the move.”

Sam Elia, a co-founder of Chopstix, said: “We are very excited about our partnership with Hendersons Group, bringing them into the Chopstix family and expanding our accessibility in Northern Ireland”.

Chopstix’s brand evolution and rapid growth over the past six years is be attributed to their continuous improvement on branding, operations, and technology as well as strong relationships with franchisees like Henderson in the UK and internationally.

Chopstix Group UK is a quick service restaurant brand which offers fast, fresh and healthy Oriental fusion cuisine across the UK and Republic of Ireland. Chopstix chefs cook the food on site to ensure each dish is served as fresh as possible and deliver chef theatre. Since the first major shopping centre branch opened at Bluewater in 2010, Chopstix has become a staple in the shopping centre food court and has recently partnered with Welcome Break.

Henderson Group is a family-owned group which owns and operates around 80 SPAR and EUROSPAR stores in Northern Ireland. In addition, Henderson Group has been distributing food and grocery-related products to convenience retail sector for over 100 years. It is now the largest operator of its kind in the Northern Ireland supplying over 400 stores. 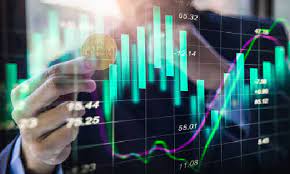