We’ve all done it – spent time making a cup of tea or coffee and forgetting about it so it goes cold, but now a British inventor has designed the world’s first fine china heated smart mug.

The Glowstone looks and feels like other quality mug but it automatically keeps your drink at the perfect temperature.

Thomas Gostelow from Manchester is hoping that crowd funding will get his prototypes into full production with the added aim of creating skilled local engineering jobs.

Thomas, an experienced product designer, first came up with the idea two years ago after buying a coffee machine. “The coffee tasted great and the process of brewing meant it came out at the ideal temperature, but that only lasted for the first couple of sips. In addition, I would get distracted and forget about it until it went cold,” he explains. “I tried heated metal and plastic mugs but didn’t like how they changed the taste. I couldn’t find a heated fine china mug anywhere so I decided to invent one.”

The smart mug has a slim base where a heater, wirelessly recharged batteries and other clever electronics are hidden. The mug is fully automatic and will turn off when it detects you’ve had your last sip or after 30 minutes. As all the workings are sealed in the base the mug is dishwasher proof.

The Glowstone mug is wirelessly recharged by simply being placed on its stylish Qi coaster that can be used to with other devices such as modern smart phones.

Thomas spent 18 months sourcing parts, developing the electronics, refining the idea with friends and family and adding useful features before getting some prototypes made. The initial prototypes led to further refinements before producing the final version. “”The results were better than expected. Not only was it keeping my drinks hot, they seemed to taste better. I don’t really enjoy tea and coffee any more out of a normal mug.”

“We’re onto version 4 and while we’ve added useful features, we’ve kept it simple and made the mug fully automatic. All you have to do is charge it, the mug does everything else, apart from wash itself!”

Thomas has now launched a campaign on Kickstarter where backers can pre-order the mugs for shipment in time for Christmas. “It’s a massive risk to go into production without confirmed orders and even with orders from stores, we would need to put up a lot of finance up front. Having pre-orders through Kickstarter means that our backers will benefit from our mugs at a lower price as they pay up front – all we need is enough of them.”

You can find further details about the Glowstone mug at www.glowstone.tech – Watch the video 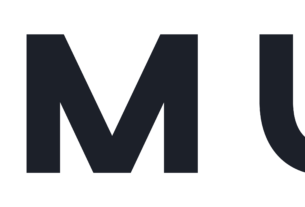