Investors taking legal action over the failure of a supposedly safe investment fund have severely criticized a Tory MP for advising them to take an out of court settlement.

The Arch cru Litigation Committee (ACLC) says advice by Hexham MP Guy Opperman is ‘massively ill-informed and in ignorance of the facts” and could fall foul of Financial Services regulations.

Investors have been granted a Group Litigation Order by the High Court to pursue a claim against Capita Financial Managers Ltd who as the Authorised Corporate Director was ultimately responsible for the operation and compliance of the Arch cru funds.

In a statement on his website Mr Opperman, who is chairman of an all-party Parliamentary Committee on Arch cru which lost 20,000 investors more than £300 million, said: “I cannot specifically advise you on whether to accept the Capita settlement, although you know my views that this is an offer you should accept”.

Mr Opperman explains he is to meet constituents who are investors tomorrow (Friday 20.12.13) and added: “It is my reluctant view – as an MP, and not as a lawyer / advisor – that my constituents do accept the Capita settlement”.

His intervention was slammed by John Hawkes, ACLC chairman, as ‘appalling’.   “On his own admission, Mr Opperman’s advice is based on information from a Capita appointee.

“The simple fact is that few if any of the investments in the arch Cru funds were permissible and for that reason alone Capita FM must compensate in full.”

Mr Hawkes added that Mr Opperman could be construed as giving investment advice when not licensed by the Financial Conduct Authority to do so. “Mr Opperman has made no mention at all of our case as an option for investors.  The High Court has sanction our action by granting a GLO and it is clear investors have a right to be informed of what we are doing.”

Capita have offered around 13p in the pound in no-fault compensation and set an acceptance deadline of December 31, 2013. However ACLC says if its action is successful claimants should receive 75 per cent of what they invested.

Damon Parker, Senior Litigation Partner at solicitors Harcus Sinclair who is representing 700 investors said: ”I would be very glad to brief Mr Opperman on the claimants case. It is right that investors know all the facts.” 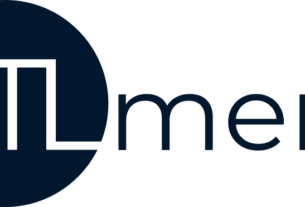