The ex-wife of billionaire Russian oligarch Boris Berezovsky won the biggest divorce settlement in history today worth hundreds of millions of pounds. Ayesha Vardag comments, below…

The 65-year-old agreed to the massive payout a year after his wife Galina, 52, divorced him in a 45 second divorce on grounds of his unreasonable behaviour.

Although they refused to disclose the sums involved, the amicable settlement was described as a ‘very substantial’ amount and ‘the largest award ever’.

Ayesha Vardag of Vardags (www.vardags.com) has been described in the press and by the Law Society as Britain’s top divorce lawyer this year. She is best known for winning the landmark Supreme Court case of Katrin Radmacher last year (the biggest Family Law hearing in English legal history), changing the law on prenuptial agreements in the UK.

“Sometimes both parties know the marriage is over. At that point it’s much easier – the emotion is gone, it’s about money primarily and it’s just a question of finding a number that works. In that number you bind up years of contribution, of sacrifice, of shared history, but at the end of the day it’s a story which has ended, and you just want both parties to be able to get on with their lives, with the resources they need and deserve. Never go into divorce to win – as they say about revenge, if you do that you should dig two graves. Go into divorce to get your life back in a fair resolution of your partnership.

“Sometimes a big payout is a small price to pay for freedom and the resolution of what will otherwise be a great war sweeping many things in its wake. Sometimes it’s worth paying to keep the lid on a can of worms.”

Ayesha Vardag graduated from Cambridge University with Honours in Law and from Brussels with a Master’s in European Law, working at the International Courts of Justice in the Hague and the UN(IAEA) in Vienna. She then trained and qualified as a finance lawyer at Linklaters London and Moscow on power station and diamond mine projects, before moving on to capital markets work at New York law firm Weil Gotshal & Manges. Ayesha was called to the Bar in 1999 and joined 4 New Square chambers, then crossed to family law at Sears Tooth. She founded Ayesha Vardag Solicitors, now Vardags (www.vardags.com) in 2005. 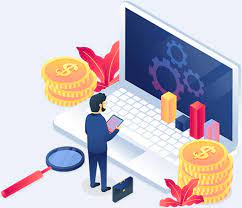 Followers banned for their beliefs