A British firm is hoping to net the seafood equivalent of an ‘Oscar’ at an international awards ceremony – despite being up against some of the biggest names in the business. Highland Farms (www.highlandfarms.co.uk), based on the edge of the Lake District, has invested hundreds of thousands of pounds developing its Atlantic Salmon ‘Infusions’, which put sauces right inside its salmon fillets, so the flavour permeates through the fish while it’s cooking.

The firm’s managing director, Tony Ingham, says: “We asked some top chefs what innovations they’d like to see in the seafood market, and this was what they wanted. It took us six months to get it perfect. The salmon had to keep its natural texture, flavour and health benefits, but we managed it. The Salmon Infusion comes in a pouch which can be steamed, oven-baked or microwaved – and now we’re up against some of the biggest players in the business. It’s a bit of a David and Goliath match.”

Tony is quietly confident, though, that his product can land the award. “We’re comparatively small, next to massive companies like the Icelandic Group and Bumble Bee, but Infusions are like a salmon filet mignon, which makes a great centrepiece to a plate, tastes fantastic but takes nothing away from the salmon’s natural appeal.

“I see them as part of a renaissance in British food. For centuries, we’ve been seen as unimaginative compared to the French and Italians, but in the last 20 years, that’s less and less true. Food producers like us have a responsibility, I think, to build on the UK’s growing foodie image, and create innovative new products with international appeal. We’ve created one Infusion specifically for the American market – salmon with Southern barbecue sauce – because people are always more willing to try something new when it’s combined with something familiar.

“For many years, the meat industry has led the way in developing and marketing its products in new ways, and we like to think we’re at the forefront of doing the same in the seafood business. Getting to the finals of the Seafood Prix d’Elite competition confirms that.” 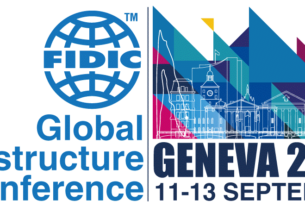