Air travel is plagued by delays, security procedures and carry-on restrictions. As more items are confiscated and a record number of bags go missing, a traveler’s loss is a bargain hunter’s gain…

to wound a fellow passenger. But a traveler’s loss is increasingly a savvy bargain hunter’s gain.

At state-run retail centers in Americus, Swainsboro and Tucker, Ga., $1 bins overflow with confiscated nail clippers, and brand-name power drills max out at

about $10. Then there’s the knife selection.

“I’m always amazed at the size of the knives we get,” said Steve Ekin, director of Georgia’s surplus-property division. “I can understand pocket knives, but

I’m talking 10-inch sheath knives, and after six years, we’re still getting them,” he added. Sticter rules on carry-on objects were put in place after Sept.

The foiled terrorist attempt at London’s Heathrow Airport in August 2006 unleashed another round of confusing carry-on restrictions. One result has been a

surge in the number of items confiscated by the Transportation Security Administration and collected by 56 state-run surplus agencies.

20-pound dumbbells, bowling pins and kinky handcuffs are in a typical truckload, and each state has its methods for disposing of such goods.

which coincidentally opened its stores around the time of the London plot, gets about 250 pounds of goods from Hartsfield-Jackson Atlanta International

“It’ll be interesting to see if Thanksgiving and Christmas travel gives us more,” Ekin said, but he’s hoping it doesn’t. “We don’t really want to deal with

The restrictions have also contributed to an increase in lost luggage. Some travelers, aware of the carry-on crackdown, are checking more bags-and if a piece

remains unclaimed for more than 90 days, its contents are sold. Between May and June, more than 1 million bags were lost, damaged or delayed by U.S.

airlines, according to the Bureau of Transportation Statistics.

Yet Derek R. Hanna, who works in corporate communications for U.S. Airways, stressed that

only about 1 percent of mishandled bags fail to be reunited with their owners.

Most of the time, baggage is lost because of a “lack of identifying information on or in the bag, or the customer never filed a report for their missing

Kirsti Thomas and her husband, Jherek Swanger, of Seattle flew to Venice, Italy, in February, taking with them replicas of 16th-century carnival costumes

that they had painstakingly sewn: a red silk hoop skirt with a petticoat and black dress for her, and a jacket with puffed, slashed sleeves for him.

They flew separately, and Swanger, who was traveling to Philadelphia on U.S. Airways then continuing to Italy on Lufthansa, packed the costumes. But his

suitcase didn’t turn up in Venice, and neither did a bag carrying a harlequin skirt with fake pearls stitched by a friend traveling on a different flight.

At first, Thomas was hopeful, she said, as she had tucked their contact information inside the suitcase. But as she called the airlines repeatedly from

Europe, to no avail, she grew frustrated.

Thomas launched a Web site, USAirwaysLostMyCostume.com, and discovered that she wasn’t the first person to

wonder where luggage goes when it can’t be traced to its owner.

The improbable answer is Scottsboro, Ala., home of the Unclaimed Baggage Center. In 37 years, the 40,000-square-foot store has received some headline-worthy

goods: a suitcase full of Egyptian artifacts dating to 1500 B.C. (sold to Christie’s) and a 5.8-karat solitaire diamond ring (bought by a couple from

International and the remainder is discarded.

“We hang on to some of those things of historic value because they’re worth having for when a photographer comes down to see us,” said Brenda Cantrell,

director of retail sales and marketing. A Harper’s Weekly print from 1836 hangs in her office not far from a 10-foot-long collapsible “dungchen,” a trumpet

The privately owned business has seen a recent uptick in volume, according to Cantrell, and has what she termed “long-term, exclusive contracts” with various

As Thomas learned when she called, the UBC won’t take requests to search for specific items, and it has only one documented case of a customer’s finding lost

If Thomas had nonetheless gone to search in Scottsboro, she might have been surprised to learn that UBC has a local competitor: T&W Unclaimed Baggage. The

small family business was founded 31 years ago by Tony Stewart and his father. When asked where he obtains his goods or how he competes with the Goliath down

the block, Tony Stewart replied, “I ain’t got nothing to hide. I just would rather not talk about it.”

Thomas-like many incensed travelers who share tales of lost items through her Web site-has given up trying to find or buy back her possessions. She is taking

a new approach to flying. “I haven’t checked a suitcase since February,” said Thomas, who recently carried everything she needed for a two-week trip to Japan

onto the plane. “At some point I’ll have to, but it’s going to take me a while.”

Funk it Up – A Music Movement 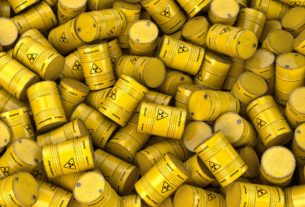