Research shows links between the repeated use of antibiotics and the likelihood of developing new allergies. But doctors say there

may be hope: try yogurt…

Do antibiotics give us allergies?

Recent studies have pointed to a link between asthma and early-childhood antibiotic use. Now research suggests that antibiotics make us more likely to

develop allergic reactions by upsetting the natural balance of our immune systems. But it may be possible to prevent-or even alleviate-these allergies simply

by adding some good bacteria to our diets.

Until recently, Bryan Morgan thought that allergies and sinus infections were just a way of life. But when he cut gluten, dairy and processed foods from his

diet, he noticed that his symptoms almost disappeared. Now 36, he wonders if the antibiotics he took for a terrible case of strep throat when he was a kid

“It really didn’t occur to me until I started feeling better that something had been wrong,” says the Kansas City, Mo., native. “I’d just never even thought

about the connection between the antibiotics and my allergies before.”

Michelle Hall, 36, of Jersey City, N.J., muses that she might have been “overprescribed” antibiotics. “Growing up in Barbados, I feel like we were given

antibiotics all the time-whenever we had a bad cold or flu,” she says. And as recently as two years ago, she had to take antibiotics again for a sinus

infection. She has noticed that over the past few years she has become sensitive to foods that hadn’t bothered her before. “I have to stay away from so much

now-especially anything creamy or spicy,” she says. “I just know those foods will really bother me.”

Folklore and alternative health providers have long suggested that yogurt’s live cultures, called probiotics, can prevent the nausea and diarrhea that are

sometimes the side effects of antibiotic treatment. Meanwhile, the mainstream medical world was doubtful, pointing to a lack of clinical evidence to support

But these days, more physicians are beginning to recommend that patients eat yogurt while taking antibiotics. Recent studies have confirmed what some have

hypothesized for decades-that antibiotics change the natural flora in our noses, mouths and digestive systems. This can lead to new allergies and digestive

issues as our bodies confuse harmless microbes for dangerous attackers.

Dr. Gary Huffnagle, an immunologist at the University at Michigan and author of “The Probiotic Revolution,” says that while antibiotics are extremely

powerful, they should be considered only half the treatment. “If you’ve got a particular bacteria that’s causing a problem, you want to eliminate that one

and leave the good bacteria alone,” he says. He likens antibiotics to bombs “leveling a whole countryside,” wiping out good and bad microbes alike.

As the digestive system’s microflora struggle to resume their pre-antibiotic balance, the stronger, more resistant microbes flourish much faster, possibly

crowding out the good bacteria.

“It’s important to remember that the other half of the therapy is to replant the forest with the good bacteria,” Huffnagle says. And while scientists are

still trying to determine exactly how the microflora in the digestive tract affect the immune system, he says, studies have shown that probiotics can be a

powerful tool to help strengthen immune systems and reduce the effects of allergies.

Probiotics, found in foods like yogurt and aged cheeses, “are eventually eliminated after a couple of days,” he says. “But they straighten up the house while

they’re there, making an effort to create a more normal flora and to get the ratios right by the time they’ve disappeared.”

Dr. Susan Phillip, an infectious-disease specialist in San Francisco, says, “It’s important to remember that while these supplements are often marketed as

‘all-natural,’ they may have unintended, potentially harmful effects in some people.” She adds, “Unlike prescription drugs, they haven’t been required to

For some, the benefits of probiotics may be elusive. Bryan Morgan says he didn’t notice a big difference when he tried supplements. “But I thought it would

be easier and cheaper than yogurt, which I hate,” he says.

But others, like Michelle Hall, are happy to find some relief. She has been eating yogurt daily since a nutritionist recommended it to calm her digestive

system while providing a good source of calcium. “I’ve noticed that it helps when I have two cups a day,” she says. “When I don’t, I really don’t feel as

These days, researchers are looking at the effects of probiotics on a range of chronic immune-system-related ailments, from allergies and asthma to

infants, who are beginning to develop their immune systems.

eczema, dermatitis and even asthma in infants, he says. “That’s why it’s so exciting, and there’s so much opportunity to study the effects of giving

probiotic supplements to pregnant mothers to see if the immune system can be strengthened in early childhood and in utero.”

But he warns that there haven’t been enough studies to say whether probiotics can turn the tide of existing problems: “There just isn’t enough data yet.”

Nevertheless, the word is already out-walk down the dairy aisle of any grocery store and notice how many yogurt and smoothie products are advertising their

According to the Nutrition Business Journal, American spending on probiotics has nearly doubled in three years-from $175 million

Dannon’s Activia is the first yogurt product to surpass $100 million in wholesale revenue, thanks to its strong marketing

of the health benefits of probiotics.

Meanwhile, the lessons may be to take antibiotics only when absolutely necessary and to make sure the good bacteria have a chance to recover after a course

“What we’re trying to do with probiotics is to make up for lost time,” Huffnagle says. “We’re trying to give the good bacteria a chance to take root so they 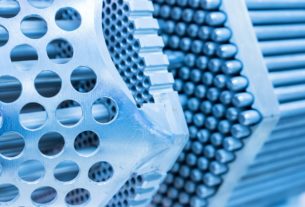