Some artists never make progress. Some go through the transitionary process just a little bit too fast. And then some – few – get it spot-on. Kelly Clarkson has managed just that with her third album, My December.

As the title may suggest, it’s perhaps not the happiest hook-laden album ever. But damn, it’s good.

Opening with the lead single ‘Never Again’, Kelly kicks proceedings off nicely with a catchy, angry, embittered anthem for any pissed-off dumpee. From here, it’s a bumpy ride – My December, listened to in the order intended, tells the story of a period of time in the artist’s life. Starting with a messy break-up, then detailing her state of mind three months later (‘Sober’), getting back into the dating game (‘Yeah’), ending with ‘Chivas’; the perfect kiss-off for a one night stand.

‘One Minute’ takes the classic pop/rock formula of Clarkson’s eponymous hit ‘Since U Been Gone’ and adds a bit of sparkle and glitter to the proceedings, literally bouncing its way out of the speakers for its three-minute duration.

‘Irvine’, on the other hand, is a mournful cry for help. Written after a show in the city of the same name on Kelly’s last tour, she claims she was at her lowest ebb – and the song validates that claim. Sounding world-weary and set to an acoustic, half-hearted lilt, it suggests the frame of mind of someone ready to end it all. Gone are the vocal histrionics her fans know and love and in their place, an under-played, sorrowful and vulnerable vocal playing against deeply unsettling lyrics intended, seemingly, as a message to God.

‘Sober’ showcases Kelly’s writing skills brilliantly. “This could break my heart or save me… Three months and I’m still sober,” she trills, her voice conveying both hope and insecurity. Likening a break-up to weening oneself off a drug of choice – a subject also explored on her last album – the song builds for three minutes before finally exploding in a final two-minute crescendo of strings, driving beats, crashing cymbals and acoustic strumming with the singer’s vocals soaring desperately, willing herself to stay “sober”.

The album’s other stunner of a ballad, ‘Maybe’, details a woman’s insecurities in an intelligent way and builds up similarly to ‘Sober’. Relying heavily on Kelly’s vocals, this is a perfect showcase for the premiere American Idol to remind everyone just why she’s where she is today.

‘Don’t Waste Your Time’, ‘Judas’ and ‘Haunted’ hark back to Clarkson’s previous album – the latter littered with undertones of Evanescence with it’s scratchy synth opening, subliminal whispering and acapella breaks, the song details the feelings of confusion after a friend’s suicide and Kelly brings the listener right in there with her. Desperation, confusion and bewilderment; emotions all portrayed beautifully by her voice.

‘How I Feel’ combines funky synths with edgy drum loops to create a perfect anthem for the sassy, single woman who’s just about had it with men. Staying just on the right side of self-loathing and harking back to a trophy wife theme mentioned in album-opener ‘Never Again’, it’s uplifting in a strange way and conveys a message of independence.

‘Yeah’, a funky rock track, is one of the album’s few non-starters. Harking back to Motown, Kelly just falls flat with the song’s dull melody and lyrical content. ‘Can I Have A Kiss’ also suffers a similar fate – written from two people’s points of view with hints of R&B, it’s a bit of an experiment gone awry and feels like a bit of a step backwards. It simply doesn’t work.

The album’s closing track, ‘Chivas’, will fast become a fan favourite. Featuring Kelly giggling and singing a drunken ode to the brand of whisky, she tells her man, with a slur and no doubt a bit of Dutch courage, “I’ll take the Chivas over your bed – you were crap, I’m amaz-za-zing”.

Interestingly, Kelly reportedly turned down a $10m offer to record tracks with previous collaborator and hitmaker extraordinaire Dr Luke, and refused to re-record a song originally on Lindsay Lohan’s last album, which just goes to show her belief and faith in My December.

All in all, Kelly has shown there is life after American Idol – every track here has been co-written by Clarkson herself, and many feature her touring band with production duties coming from David Kahne amongst others. Whilst the album has been very publicly slated by her record company boss and mogul, Clive Davis, and dogged since conception by a blaze of often negative publicity, it’s certainly a progression and shows Kelly truly deserves recognition as an artist.

A natural woman, one bead at a time 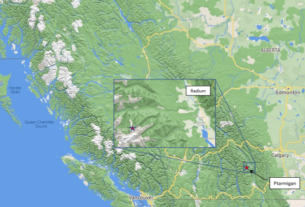