DO BOOKS have certain qualities that justify the expectation that they will outlive their authors? Salman Rushdie, encouraging a young author, told her: “A book is more than a life.” By that he meant that she was writing for posterity and in a sense, the book was bigger than her. But how does one ensure a book will be read and talked about for a long time to come?

“It is a common myth”, writes Polly Hummingbird, “to believe that a bestseller is a book…listed on a Top Ten Bestseller List. Technically, these books are ‘newly-released’ books [that are selling fast]. A true bestseller is a book that becomes popular and stays popular for a long time.”

So, what makes a true bestseller? Tim Adams said in The Observer: “[It is] a wholly original piece of writing…that tries with language rather than images to take you to a place you have not been to before.” Norman Mailer, however, says a bestseller is: “[T]he best book the author is capable of writing at that time. He or she believes in the book.”

But only a small fraction of the books published each year get on the bestseller list. Here, the timing of the publication, the amount of publicity and critical acclaim it receives, and literary prizes, all help to thrust a book on to the bestseller list. But none of this will ensure a book’s continuing popularity.

An Unexpected Light: Travels in Afghanistan by Jason Elliot was published in 1999. It won the Thomas Cook / Daily Telegraph Travel Book Award in 2000 and was very well received by critics. The Times said: “What raises this book to the level of a classic is its intensely personal meditation on the magic of unplanned adventure.”

On the front cover of the book, Doris Lessing says: “I am sure this book will soon be among the classics of travel.”

But it was the 9/11 terrorist attacks that catapulted this book into the US media. It was listed on the New York Times Bestseller List 2001. Elliot was interviewed on Wisconsin Public Radio, and by Salon.com on the web. He was on the TV Morning News Show in Washington and, importantly for long-term sales, his book was listed on Academia, an online American magazine for academic librarians.

For all the publicity, it is really Elliot’s writing, described as ‘lyrical’ and ‘sonorous prose’, that affirms Celia Brayfield’s description of a bestseller: “You stay awake all night to finish [this book], and then feel sad … because the book was like a lover and although it will now be your companion for life, you will never again have the rose-tinted thrill of falling in love with it.”

Elliot, who visits Afghanistan first at 19, and again ten years later, is never really able to explain quite what he is going to write about. He says: “[I came] to explore what I could of the culture and its people … I felt certain that beyond the cruel radius of the conflict I would be able to find evidence of the old Afghanistan … the home of a noble and chivalrous people.”

The book is written in the same romantic tradition of writers such as Robert Byron and Dame Freya Stark. The reader is drawn into events as they unfold, and buoyed up by Elliot’s incredible faith in a remote people he has never met before. He forms friendships he feels ‘might last for life’. “There was bitterness”, he writes, “in the end, at having to leave.”

Elliot adopts a conversational style of writing throughout the book, even when describing a wealth of detail from Afghanistan’s ancient past.

Terrified on the back of a truck racing dangerously through heavy snow to the Panjshir valley, Elliot constructs the ancient history of the region on an imaginary flight with the fantastic Simurgh, the bird of Persian mythology and Suffi mysticism. It is thus he creates a magical mosaic of the incredible landscape, the music and poetry of the people, their history, culture and characters, all interspersed by details of Timurid architecture he encounters along his travels.

Within this rich tapestry are the main characters: young, handsome and very welcoming, despite the war or perhaps because of it. Elliot describes his encounters with the ‘dashing young’ Turkish ambassador, the ‘fiery and strikingly handsome young diplomat called Haroun’, and the International Committee of the Red Cross (ICRC) director Peter Stocker. Describing Stocker he writes: “ [He] wore a colourful silk kerchief around his neck, and on a hook behind his desk there hung an expensive dark green trilby and cashmere overcoat. I thought of Orson Welles in The Third Man.”

But the pain of war is never far from Elliot’s account. He describes meeting Bill, a young American, after an explosion close to Mujahedin headquarters. Bill tells him: “I was with them. Osman [a Mujahedin] was up front and I was right behind him. There was an explosion and I didn’t know what had happened. Something landed next to me. I thought it was Osman’s boot, so I picked it up … It was his leg, man, his whole leg. His leg … He’s down there, and he’s dead.”

Elliot’s experiences in this war-torn environment are heartrending. Then come the surprises. He describes the night a black Mercedes pulls up outside the house he is staying in, from which the diplomat Haroun emerges with an armed fighter, and says to Elliot: “We have to leave right away. The Taleban have broken into the city and we have orders to evacuate all foreigners.”

Elliot writes: “We bundled into the back of the car, and tore through the streets at speed … Armed guards loomed up in the headlights … Haroun whispered a password at each checkpoint, his breath steaming in the icy air.

“Somewhere in the eastern suburbs we pulled up outside a modern villa … In the central room [of the house] a long table was decked with platters of steaming food. Men were helping themselves from rows of drinks, snacks, pastries … In their midst a man was singing poetry to tunes plucked on an inlaid lyre. Dumbfounded, I looked at Haroun. The serious look on his face had gone, replaced with a mischievous smile … It was not an evacuation [but] a party [and] we were the guests of honour. ‘Welcome to Afghanistan,’ he chuckled.”

In the very unlikely event that Hollywood would want to make a film about romantic adventure in Afghanistan, Elliot’s book has all the ingredients of a blockbuster. But it is the frank sincerity and devotion with which this book is written, as also the lyricism of the prose in which he describes the delicate, crystal-like ‘unexpected’ light of Kabul, that may yet prove Lessing to be right. 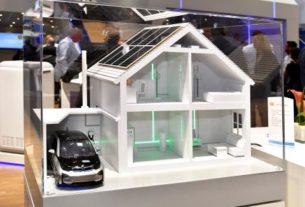