Ali Hashemi Rafsanjani, the only major Iranian figure who advocated reaching out to America, made indirect overtures to the Bush administration in the period leading up to the June 2005 Iranian election but was rebuffed, according to Maryland businessman Barry O’Connell, who frequently travels to Iran.

State Department personnel referred pejoratively to Rafsanjani, the political figure best known outside Iran and often favored by the business community in Iran and elsewhere, as “that old fox” and “that old wheeler dealer,” O’Connell said. Among feelers preceding the election last June, Iran had conveyed messages through members of its legislative assembly via business contacts, which reached the Southeast Asia section of the State Department. According to State Department personnel, O’Connell said, messages that Rafsanjani was interested in dealing with the U.S. were relayed “upstairs” to the seventh floor offices of the Secretary of State.

The feelers were ignored. Asked whether the Bush administration opposed Rafsanjani and influenced the Iranian election, O’Connell answers, “Very much so.”

Other impediments to cooperation with moderate or secular or business-oriented Iranians were imposed in the weeks leading up to the election, including restraints to travel in and out of Iranian air space by elements in the business community including U.S. government contractors. The administration rebuffs decreased the ability of Rafsanjani to draw support. “He was almost the only one reaching out to America, and they treated him this way?” O’Connell comments. “They [said] it to me personally, so it is reasonable to assume that they said it to others. This administration would not deal with him at all.”

One export of Iran, aside from oil, is Oriental rugs. O’Connell, an authority on Iranian rugs, has a vested interest in keeping the trade alive. Despite sanctions and lists, commerce between the West and Iran still flourishes.

That makes it arguably the more significant that the administration, with its strong connections in the business community, declined to show interest in approaching Rafsanjani. Signs that the administration is ginning up some version of assault on Iran have existed since spring 2005, including sympathetic media representations. There are not enough U.S. ground troops for an infantry assault, so an attack would have to involve heavy bombings.

In response to questions about other Iranian candidates, O’Connell says that the administration “didn’t seem concerned about Ahmadinejad at all.” There was no apparent concern, at the policy-making level, that a hardliner or radical fundamentalist might be elected in Iran as a consequence of administration policy. The possibility, treated as inevitability in rightwing publications and think tanks associated with White House Middle East strategizing, seems not to have been regarded as an outcome to be avoided.

Since the election, Rafsanjani has increased in his powers, according to O’Connell. “He is not out of power at all.” The new President, Ahmadinejad, gets “all the spotlight” but does not have much power.

This is not to say that power in Iran has become all secular. The bulk of power is held by the Supreme Leader Ayatollah Ali Hoseini-Khamenei, in office since 1989, and also by the head of the expediency committee. Thus power is largely divided among four places — the Supreme Leader, the committee head, Rafsanjani and the new head who has gotten all the global spotlight.

These internal divisions in Iran are not reflected in official administration speech about Iran. The White House, Secretary of State Rice, and neoconservatives in media have focused publicly on President Ahmadinejad, whose world-burning rhetoric makes the project easy. The National Review, founded by William A. Rusher, who also founded the Concerned Alumni of Princeton and is chairman of the media corporation that launched the most recent attack on Rep. John Murtha (D-Penn.), is running articles about Iran that parallel past articles leading up to the Iraq war.

O’Connell points out that, while neoconservatives advocate several months of bombing Iran — two or three months, at least, of bombing purported nuclear sites in Iran, those sites are in residential neighborhoods.

Supposing the administration were to bomb millions of Iranians, for two or three months, as neoconservatives propose. “If we start another war,” in Iran this time, “how do we get out of it?” “There is no exit strategy — like in Iraq.” Right now, the U.S. maintains a tenuous hold in Iraq because of the majority Shia population who, led largely by Ayatollah Sistani, have chosen to participate in rebuilding Iraq. But Shia in Iraq would react against the bombing of millions of Shia in Iran, where they are 89% of the population.

Shia Islam has two main schools of thought: the more theocratic, which predominates in Iran; and one that more supports separation of church and state, which predominates in Iraq. Administration policy seems to aim at driving the two populations together in opposition to the U.S. This would approach the goal of a pan-Islam war, global war between the West and Muslims, advocated by some well-placed neoconservatives and also by Osama bin Laden.

In related events: Iran has no embassy in the U.S. But it does have an Iran Interest Section in the embassy of Pakistan. Protests have erupted across Pakistan at the deaths of Pakistani civilians in recent U.S. military strikes.

Following a speech on January 14 by President Ahmadinejad defending Iran’s nuclear research, Iranian officials complain that CNN translated a phrase “nuclear weapons” that should have been translated “nuclear technology.” 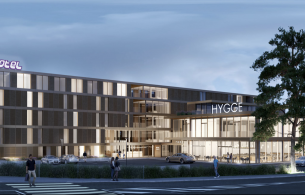 Funk it Up – A Music Movement