After the exhilarating 2005 Formula One Season, here’s what to expect in 2006 when 11 teams and 22 of the world’s finest drivers take to the grid in March…

With new V8 engines promising to deliver more competitive racing and more overtaking, the 2006 season should carry on exactly where 2005 left off.

Expect 2005 constructors’ champions to be strong again come March when the engines light up for the first race of the championship in Bahrain.
The team’s drivers are unchanged from last season’s victorious campaign, with current champion, Fernando Alonso leading the way with support from his Italian team mate, Giancarlo Fisichella.

If the Mercedes powered car can record less DNF’s in 2006, then many will expect them to be Renaults biggest rival for the constructors crown.
With stronger reliability Kimi Raikkonen will also be expecting great things this season in his bid to take over from Alonso to become Formula1 World Champion.

However, Kimi’s Columbian team mate Juan Pablo Montoya will also be confident of beating both Raikkonen and the young Spaniard to the Chequered flag on more occasions than not.

Whilst the driver’s line up may have remained unchanged, chief technical director Adrian Newey has left for Red Bull Racing.

Expect the prancing horse to be back fighting on all cylinders after last seasons disappointing season. Ferrari has shaken up the driver line up for the first time in five seasons, as Felipe Massa has taken over from Barrichello as the Michael Schumacher’s number two.

Ferrari are expected to rack up the most mileage in pre-season testing as they have already began counting up the laps whilst the other constructors undergo a voluntary ban until the end of November.

Team manager Jean Todt will be determined to show that 2005 was just a minor blip for the Italian team, and nobody will be writing off Ferrari and Shumacher as serious title contenders.

The Toyota garage would have been overjoyed with their performance in last season’s championship, beating off both Williams and BAR to fourth place in the Constructors race.

With large resources the unchanged driver line up of Jarno Trulli and Ralf Shumacher will be hoping for repeat successes in the 2006 season.
A large objective for the Toyota contingent this term will be to re-create their outstanding qualifying performances on the race track on a Sunday afternoon.

Sir Frank Williams has pulled off the most fascinating driver signing of the season after securing the services of Nico Rosberg, the 20 year old son of 1982 World Champion Keke Rosberg.

“I believe I am one of many in Formula One who is genuinely excited about the prospect of Nico Rosberg”, he said.

He will team up with Australian Mark Webber who retains his seat from last season. The Williams crew will be hoping that last season’s GP2 champions will change the fortunes of the team who are close to a decade of mediocrity since Jacques Villeneuve who the drivers championship for them in 1997.

Team owner Frank Williams however is looking forward to 2006 as he enters a new era with Cosworth engines and Bridgestone tyres.

The eyes of the nation will be on BAR this season as the British fans will be urging Jenson Button toward his maiden F1 victory.

After the highs of 2004 the British American Racing team will be looking to forget last season which saw them drop four places in the constructors standing to sixth.

Changes have been made, most notably the introduction of experienced racer Rubens Barrichello replacing Sato.

With the Brazilian leaving Ferrari where he was always considered secondary to Michael Shumacher, he will be determined to prove himself in the upcoming campaign – which can only be good for both Jenson and BAR as they aim to prove themselves as the best team on the grid after: Ferrari, McLaren and Renault.

The Red Bull team will once again be led by David Coulthard after impressing last season among his departure from McLaren.

The canny Scot will be looking to consistently battle with Toyota, Williams and BAR in 2006, as the energy drink sponsored team continue their ambition in the sport into their second term after taking over from Jaguar at the end of 2004.

Coulthard is expected to be teamed up again with Christian Klien.

However what is McLaren’s loss will undoubted be Red Bulls gain, as new chief technical director could turn out to be the biggest signing of the new F1 season.

With Sauber now being powered by V8 BMW engines, there is a rejuvenated spirit amongst the team who like Red Bull Racing will be looking to challenge Toyota, Williams and BAR to be the best team outside the big three.

German driver Nick Heidfield is the only confirmed driver for the team so far with 1997 World Champion Villeneuve hoping to partner him. However there have also been whispers around the paddock that 27-year-old British racer Dan Wheldon could get his chance in Formula One after winning the 2005 Indy Racing League in America.

He also became the first English man to be victorious in the Indianapolis 500 since the late great Graham Hill (father of Damon Hill) in 1966.

Midland F1 whose name replaces Jordan after charismatic Irish man Eddie Jordan sold up to Alex Shnaider in January, have confirmed Christijan Albers will drive for them in 2006 after impressing for Minardi in 2005.

Albers is expected to be teamed up with Portuguese driver Tiago Monteiro who recorded his first podium position in 2005 after finishing third in the US Grand Prix (although reduced to six cars after the Michelin cars pulled out of safety concerns).

Midland F1 will be expecting a tough campaign, battling at the rear of grid with fellow newcomers Squadro Toro Rosso and Super Aguri F1.

Squadro Toro Rosso which in Italian means, Team Red Bull will make its racing debut in 2006.

The team which was bought from Paul Stoddart’s Minardi will be used as a ‘B’ team for Red Bull Racing to develop the careers of upcoming drivers.

In their first season in Formula One with inexperienced driver the team are not expected to challenge for many points in 2006.

Although nobody has been confirmed as having definite seats in the team for next season, it is thought that American Scott Speed and successful Formula 3000 racer Vitantonio Liuzzi will be the men for the job.

The new Honda cars which will be known as Aguri-Hondas are expected to find their first season in Formula One a tough task, but with Hondas knowledge in the sport they will be hoping they can be the best of the third group of constructors.

Like Squadro Toro Rosso no drivers have been confirmed for the 2006 campaign but Aguri Suzuki, the man behind the new team has confirmed that they are in talks with Takuma Sako, who with his experience with BAR and his Japanese heritage would appears to be the ideal option.

British talent Anthony Davidson is believed to be a driver who could get his first chance in Formula One after being the official test and reserve driver for BAR since 2001. 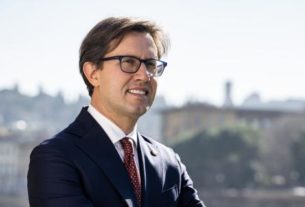