Good news for Brazlian and Barcelona fans, their favorite son Ronaldinho was decalred 50th European footballer of the year on Monday.

The 25-year-old, who finished third last year behind 2004 winner Andriy Shevchenko, was awarded the prize run since 1956 by France Football magazine with 225 points.

Ronaldinho added the award to his 2004 FIFA World Player of the Year title and the inaugural honour from FIFpro, the international players’ union.

“It’s a dream come true for me to win such a prestigious award,” said the long-haired Brazilian who arrived in Europe, at French club Paris St Germain, in 2001.

“Just looking at the list of players to have won it, including Ronaldo and Rivaldo, makes me feel quite special and makes me want to continue working hard and being successful with Barcelona and Brazil.

“This award is as much for my teammates at Barcelona and Brazil.”

Chelsea midfielder Frank Lampard came second after garnering 148 points from the 52 voting journalists, one from each of the continent’s association countries, while his England international teammate Steven Gerrard, the Liverpool captain, came third.

Another English Premiership player, Thierry Henry of Arsenal and France, was fourth on 41 points just ahead of last year’s winner, Ukrainian Shevchenko of AC Milan (33).

He has also played a pivotal role in Barcelona’s resurgence in the Spanish football league last season when the Catalan giants won the league trophy after a six-year hiatus.

Despite being a huge talent both at club and international level, Barcelona seems to have brought the best out of the flamboyant long-haired midfielder, whose mazy turns, deft feints and superb goalscoring ability has left many a defender kicking out at thin air.

His ball skills, some of which have spawned their own names, have long been compared to those of his esteemed compatriot Pele, to whom he was compared six years ago at the Copa America in Paraguay when he scored a similar goal to the one scored by the Brazil legend against Wales at the 1958 World Cup.

Two weeks ago Ronaldinho was given an altogether different honour after scoring his second of two goals in a 3-0 Spanish league victory over Real Madrid.

Fans at Real’s Santiago Bernabeu stadium, despite their frustration at having seen their side go 3-0 down, stood up and began applauding the Brazilian en masse.

The last time that had happened was when another south American playing for Barcelona, Argentine legend Diego Maradona, won the hearts of the Bernabeu fans with a similar feat back in 1983.

“I work hard at everything I do. I train a lot with the ball, at free kicks and dribbling especially,” said the Brazilian, who in 62 appearances for his country has scored 27 times.

Lampard meanwhile will be happy with his second place in the voting.

The England midfielder was one of the main reasons Chelsea ended 50 years without the league championship trophy to win the English Premiership last season.

Having conceded three goals in the final the England man scored Liverpool’s first goal to relaunch a fightback which ended with victory for the Reds after a series of spot kicks.

The Ballon d’Or has been open to players of any nationality playing in a UEFA affiliated team since 1995 when Liberia’s George Weah won the award. Previously, only players of European origin were eligible. 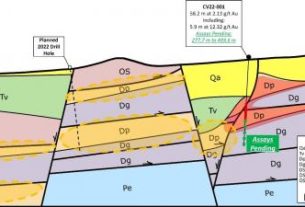