On the eve of chart success, Xan Phillips describes his first encounter with the Sheffield four-piece phenomenon…

For a band to make their mark on music history it requires hard work, great songs, loyal fans and that stroke of luck which seems to bless a few and narrowly miss many.
The same could be said of members of the audience. All of us would love to have been in the crowd at early gigs by U2, The Rolling Stones, The Beatles, or The Beach Boys.

It wouldn’t have been easy in the 1960s or 70s to be in the right place at the right time. You would have to have been a friend of the band, or just a regular at the venue to be able to witness an early gig of one of the above acts.
In our modern world it is much easier to be ‘there’. All you need is a keen ear for the buzz, a cunning eye for reading the right blogs, forums and music web sites, plus a credit card in order to buy the tickets.
With these tools of the trade you could easily see all the new bands that have potential. One of them is bound to make it big and you could then simply claim to have ‘been there’ when it mattered.
Or you could just rely on luck and this is how I arrived at the Dublin Castle, on April 5th 2005, for a classic moment in pop history.
I’m a podcaster and was making a feature on grunge-funksters Charlie Says who were first on the bill and friends of mine.
Also playing were Arctic Monkeys and Eskimo Disco. I had heard of neither and judging by the names was expecting cold synthesisers and chilly animal madness.

But the gig had sold out. This was due to Arctic Monkeys fans buying most of the tickets. Their manager had quite rightly claimed they should be given top billing and Eskimo Disco felt the chill of wind of disappointment.

Once I began to interview people in the bar, it became obvious that many were very excited about seeing this Sheffield four-piece and a pattern of movement began to emerge.
Word of mouth had drawn some there: one girl was told about them on holiday by a Spanish teenager. Others had downloaded the songs from the Internet thanks to recommendations from friends.
Naturally some people were from the band’s home town or were just loyal followers, but these you would expect.
It was the Internet and devotion that had helped the buzz grow: this wasn’t hype, this was organic growth. Naturally I was very excited at the prospect and realised that this could be one of those moments to record and savour.
The atmosphere in the venue before the band came on was wonderful. The back room of the Dublin Castle was filled with a rumble of contained joy.
You couldn’t hear what people were saying but you could sense the excitement and anticipation in their voices. We watched the band set up their equipment.

Although I must admit I didn’t know which was band and which was roadie, by deduction I can tell you they had maybe one roadie and no technical help.

Just themselves, in their everyday clothes, stopping to have a quick chat with regulars at the front of the stage. They then disappeared.
The room filled with the last people from the bar. The fog of cigarette smoke thickened. The heat rose. And then the lights went down.
Once again the band, this time to roars, shouts and a scream, walked through the crowd and climbed on the stage.
“I blame the parents,” says the singer, and then they propel themselves into their opening number, soon to be their first chart-bound release: “I bet you look good on the dance floor.”
I must quote the chorus: “Well I bet that you look good on the dance floor. Dancing to electro-pop like a robot from 1984. From 1984!”
It just made me laugh and I didn’t take long to be convinced that this band had the potential to make their mark on the nation’s ear drums.
They were musically tight, lyrically spot-on and had energy. The audience loved them, really loved them and when they all sang along to ‘When The Sun Goes Down’ I was taken aback, tickled, delighted and convinced that Arctic Monkeys were going to places that most band dream of.
For them this was not a new phenomenon. Fans have been doing this at small Artic Monkey gigs up and down the country but in the ‘cool’ heights of London town – where many people watch bands with their arms folded and with their feet firmly on the floor – the Arctic Monkeys were whipping up a storm.
So much so, that there were two stage invasions. It wasn’t in protest. It was just that the audience and the band were becoming one living thing. They wanted to be on the stage, to sing the words, act the part of performing the songs, and the band didn’t mind.
But without these songs the fans wouldn’t care. The lyrics are a brilliant observation of life from the perspective of a youthful eye; even I can see parallels between my early days and the ones they talk about.
I think Artic Monkeys will cross generations because the music is their version of a familiar sound, the lyrics reflect our modern world and the band are just honest, hard-working people.
Six months later 2,000 people saw them at the Astoria in London, their UK tour has sold out and they are just about to enter the top 10 of the UK charts.
At the Dublin Castle I had my dose of luck. For once I was there, when ‘there’ was the place to be. 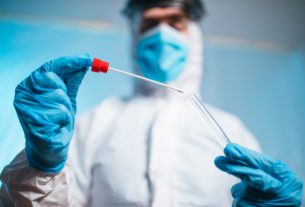 CEBINA: Azelastine has potential for use against influenza and RSV infections in addition to SARS-CoV-2

Mozambique to use rats in demining in March 2006