Vaughan had thought this summer’s showdown at home with Australia would just be part of a learning curve for him and his players.

Instead they shocked everyone by hitting back to win the five-Test series 2-1.

They will defend the Ashes on the 2006/2007 tour to Australia and that had been the one that Vaughan had though would see his team at their peak.

"We expected to perform well this summer but I think winning back the Ashes has come sooner than anyone ever expected. Sooner than I really expected," Vaughan said.

"I was always confident we would give them a competitive series. But deep down I think we believed our best chance would come in 15 months’ time.

"That’s because we went into this series with a lot of young players who are still learning, still gaining experience and who will improve so much for this summer.

"But as it turned out it was the younger players who really helped us win back the Ashes. Mainly because they had no scars from previous failed attempts."

Kevin Pietersen, Andrew Flintoff and Simon Jones all played key roles and will be expected to do so once more when England look to achieve back-to-back Ashes victories in the face of likely Australian hostility.

"Hopefully winning one Ashes series will lay down the foundation for successful battles against Australia to come," said Vaughan.

"But right now it’s important to take one step at a time."

The short-term target for England is to extend their winning run by beating Pakistan this winter, and Vaughan will urge his players to carry on in the same confident manner which saw off the world’s number one Test team.

"We want to play a similar kind of game in Pakistan, and enjoy the same results," he added. 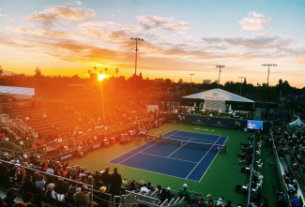 Flying high (and cheap) in Turkey