Skip to content
Lance Armstrong finds out what it feels like to race alone in the race’s eighth stage on Saturday…
It may have been the first time in his six-year reign as Tour de France champion he did not have his hard-working teammates at his side.
Armstrong, who is bidding to win his seventh consecutive yellow jersey before retiring, came under attack from potential challenger Alexandre Vinokourov on the race’s first real climb in the hilly region of the Vosges.

Vinokourov, who finished third overall in 2003 and is the right-hand man of Germany’s 1997 winner Jan Ullrich, may have been aiming to test the American ahead of the stages in the coming days which will be more decisive.

However the 31-year-old’s pace – and the fact that Armstrong did not have any of his Discovery Channel teammates to help him fend off such challenges – riled Armstrong to the extent that he has called for big changes.

"It was not a great day. I didn’t feel very good and the other teams did feel good," Armstrong said.

It is Armstrong’s first and last Tour with Discovery Channel as sponsors, and he’s hoping to give them a yellow jersey – and himself his seventh – as a farewell present. But on this showing it’s not guaranteed.

When asked what exactly was wrong with the teammates that were supposed to help pace him up the stage’s last climb, the 33-year-old Texan was as mystified as his rivals were to find themselves with a great chance to upstage him.

"That’s a great question. I don’t know," said Armstrong, who has been wearing the yellow jersey since the team time trial on Tuesday where American David Zabriskie, of the CSC team, crashed and lost the race lead.

"Perhaps we’ve been a little too active, maybe the guys are tired. I can’t comment until we sit down with them.

"There was a crisis in our team in the last climb – we might have to evaluate how we approach things," said Armstrong. "We have to analyse it – not just myself but (team manager) Johan (Bruyneel) and the other riders.

"The important thing is we do a quick evaluation and try to correct it."

And he warned: "If it’s two more weeks of days like today, we’re in trouble."

The stage honours were taken by enterprising Dutchman Pieter Weening of the Rabobank team.

Weening held off Germany’s Andreas Kloden of T-Mobile in a two-man sprint which was decided by a photo finish – one of the closest in the race’s history.

Kloden had caught Weening just before the summit of the last climb after breaking away from Vinokourov and Armstrong’s group, but the German – who finished runner-up overall last year – was beaten by a whisker at the line.

"I didn’t even know I’d won," said a delighted Weening, who had shown his determination throughout the day by getting involved in an early breakaway before attacking in determined fashion shortly after the foot of the last climb.

"I felt really strong, that’s why I wanted to attack. There was no point in me waiting for the guys behind me to do it.

"It’s great. I can’t believe it," added Weening, who in a few years may be one of the riders hoping to succeed Armstrong’s yellow jersey legacy.

Around 27sec later Armstrong came over the finish line among a small bunch of riders, including most of his main challengers, to retain his 1min 2sec over Vinokourov, who sits in third place just behind CSC’s Jens Voigt, who is at 1:00 but is not a yellow jersey challenger.

Ullrich is slightly further back at 1:36, while Italian Ivan Basso – another yellow jersey contender – is one place ahead of Germany’s 1997 race winner at 1:26 behind Armstrong.

For T-Mobile, it was a perfect situation. And on another, more difficult mountain stage Vinokourov may have been capable of taking a huge lead on the American.

"It was a dream situation for us, having three of our main guys at the front with Armstrong on his own," admitted T-Mobile”s team manager Mario Kummer.

Vinokourov meanwhile appeared just as surprised at discovering the absence of Armstrong’s team.

"We wanted to attack, we have to," said the Kazakh. "I didn”t even know that Armstrong didn’t have any teammates with him."

The American is still dreaming of retiring on a high – but after Saturday’s stage Armstrong admitted that this year’s race will be just as hard as every other, the past six of which he won with the US Postal team.

"We’ll have to keep my head up. That’s the nature of the race, it’s hard, it’s dangerous, it’s fast," said Armstrong.

"You can lose the Tour at any kilometre and we have to do 4,000 of those. If you’re not worried, you lose." 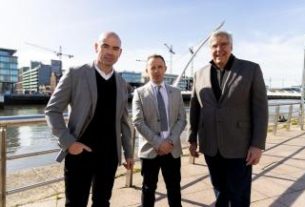